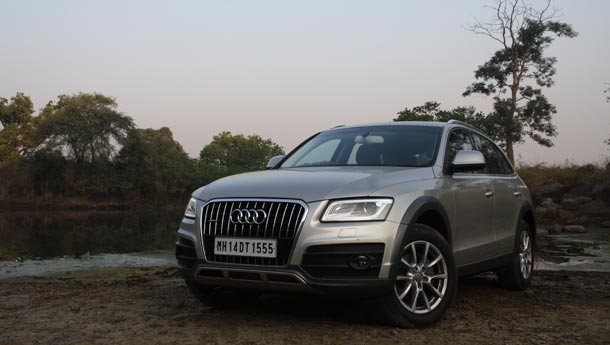 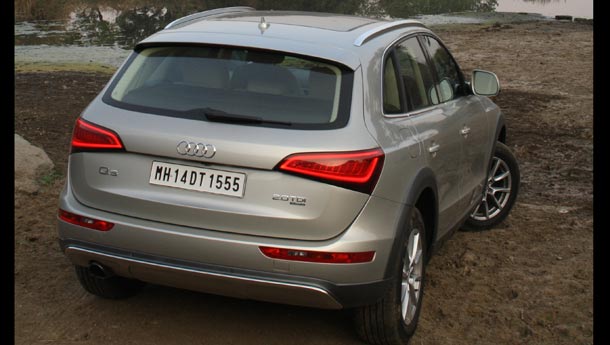 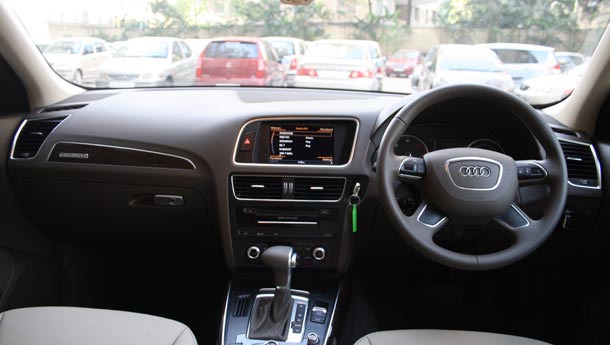 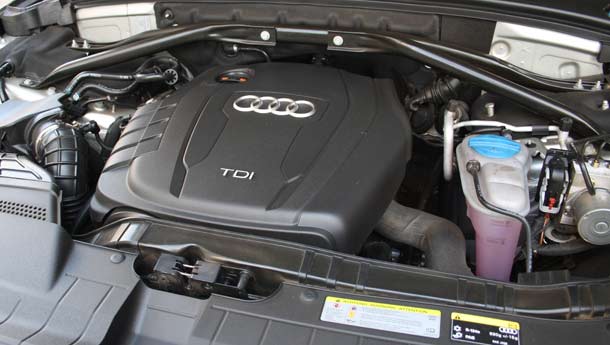 The compact luxury SUV segment was pretty non-existent a few years ago. Save for the BMW X3 and the Land Rover Freelander, there were literally no other competitors globally. But things started to change with the introduction of the Audi Q5 and the Range Rover Evoque. The former has been a leader in its segment in the country for a while now, driven by its looks, engines and overall appeal. Yet there have been areas where the Q5 needed improvements, notably in the ride and handling departments. Sure enough, the feedback did wind its way to the engineering boffins at Ingolstadt, home to the four rings brand and voila, an improved Q5 is now ready to grace our roads.

Let me run you through a quick glance at the host of changes, beginning with the exterior. The headlamps now get a continuous string of LED daytime lights around the edges, while the grille has pinched corners to make it look a tad more aggressive. Of course, the revised bumper and air-dam do add to the package, while new tail-lamps look a touch smarter. Has it worked? I’d say yes, since the original Q5 was a bit dull looking; this one makes the SUV more contemporary, without the addition of any fussy details.

On the inside, the changes are minimal, but if you look closer you will realise that there are minor changes to the centre console, the outside rear view mirrors are now square-ish, a new multimedia interface unit (MMI) that is easier to use has made its way into the cabin while Drive Select, a system that allows you to shift between different driving modes has been incorporated as well. There never were any doubts about the fit and finish of the Q5’s interiors and that continues to remain the case, but the subtle modifications have made the Q5 a wee bit more premium, without losing out on its core identity. The dials are clear, everything falls to hand well, the three-way climate control system keeps your head cool and the panoramic sunroof lends you some spectacular views while travelling through some of the most beautiful parts of the country. Like its rivals, the Q5 is a five-seater, but a reasonably comfortable one at that. The front seats have good support while the ones at the rear are spacious enough for three average sized adults. You also get a large boot which is quite easy to access, the only quibble being that it has a slightly high boot lip.

Since the 2.0 TDI is the best-selling version of the Q5, we decided to have a go in it. Now, the 2.0 TDI is a pretty strong motor, what with it finding a home in the A4, A6 and Q3 as well. In the Q5, Audi has offered it with the 177 bhp version, with 38.5 kg of peak torque that is available from 1750 rpm onwards. These are pretty decent numbers to work with, but there are improvements here too. Audi has now added an electro-mechanical steering to improve assistance and made changes to the engine-transmission combination, reducing fuel consumption by as much as 15 per cent. This has meant that the 2.0 TDI now scores 14.6 kmpl in the ARAI approved test, a big jump over its predecessor. That however hasn’t taken away from the driving experience.

Start it up and there is just a distant clatter that greets you. With very good sound insulation on offer, the Q5 is actually quite a relaxed cruiser around town, making it an excellent chauffeur driven car. But that doesn’t mean it isn’t a car to drive yourself. Prod the accelerator pedal and after a bit of hesitation, the seven-speed S-tronic gearbox gets into the thick of the action. It can now accelerate from standstill to 100 kmph in 9.5 seconds according to our timing gear. This isn’t hair-raisingly quick, but good enough to keep most traffic at bay. Find a long, clear section of road and you could stretch the legs of the Q5 to 200 kmph, though you may find that it takes a bit of an effort past 170 kmph. In-gear acceleration, key to overtaking moments, also shows some improvement. What Audi has done is make the initial gears a bit shorter (good for bursts of acceleration) while the later gears are taller, making it an effortless highway cruiser while returning good fuel efficiency. In between our hard acceleration and cruising, the Q5 returned an overall figure of 11.6 kpl, which is pretty good for a vehicle in its class. A bit more care and you can nudge that figure up several notches.

Since Audi did get some flak for the overall dynamics of the car, the improvements here have been the most substantial. The earlier car had a tendency to pivot around its front axle; now it feels more stable and well behaved while cornering hard. It corners flatter with even more grip and feels like a vehicle much larger than it actually is. The overall ride too has become more pliant and it doesn't tend to crash and thud like it would earlier on. The new steering has helped in making the car more predictable around corners and allows the driver to accurately gauge what the vehicle is up to. For something that weighs 1.8 tonnes, that's a welcome change indeed. You can use the Drive Select system to shift through different modes (comfort, sport and individual) that allow you to change steering response, throttle and gearbox response among others.

Because it gets quattro four-wheel drive as standard, the Q5 is a decent off-roader too. On bad stretches of road, its high ground clearance and shorter overhangs allow it to get through large craters or climb over small rocks with ease. It's only when the rocks get bigger or the ditches deeper that you need to cleverly navigate the vehicle around them. On dirt roads, however, the Q5 is quite some fun and quattro along with the stability programme allows you to carry much higher speeds without upsetting the overall balance of the vehicle.

All of these changes have meant a better Q5 and therefore a better, more competitive SUV in its class. At a price that starts at Rs 43.16 lakh, ex-showroom Delhi, for the range (which includes the 2.0 TFSI, 3.0 TDI diesel and the 2.0 TDI), the Q5, given its reasonable dimensions, space and equipment on offer, as well as punchy and frugal engines, makes for a sensible purchase decision. And all the ingredients to continue to make it a class leader, then.