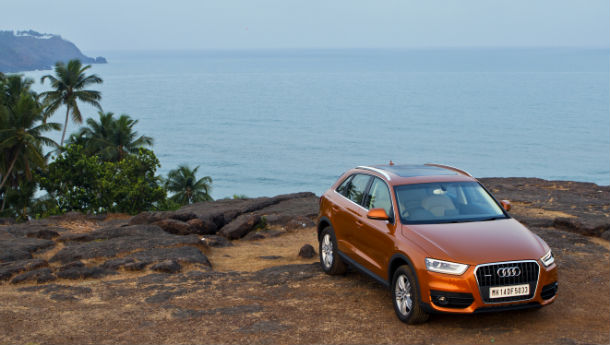 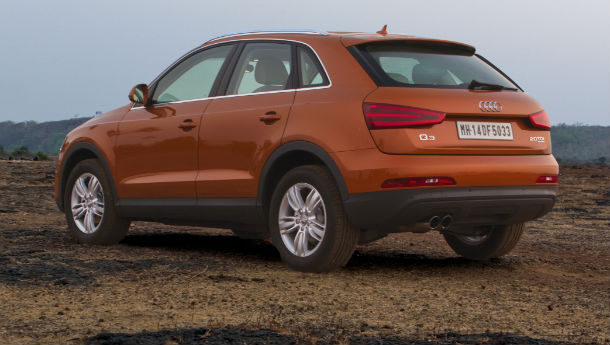 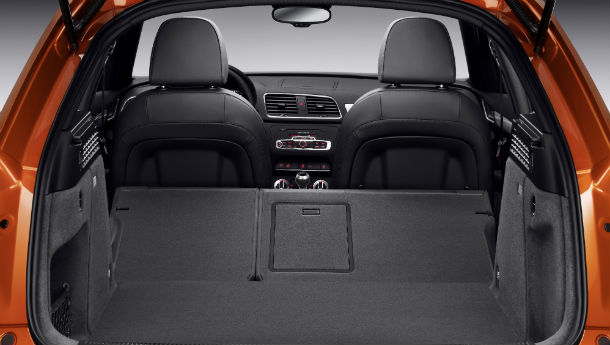 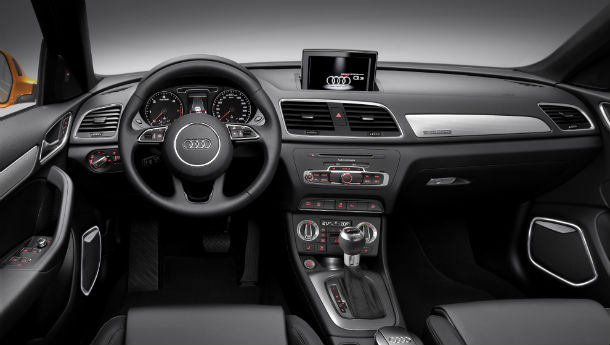 Right on the heels of the new TT, Audi plans to bring over another compact offering. This time though, that model will be an SUV wearing the ‘quattro’ badge proudly. The newest member of the Q family from Audi, the Q3, hopes to bring the brand within reach of the youth.

On the design front, the Q3 bears a very strong resemblance to the rest of the SUVs in the line-up. The front has sharper and more aggressive lines than its larger siblings and the angular headlamps at the front add to that. The side profile sets this one apart from the others in the range. The Q3’s rear end is a lot more raked and adds to the visual compactness. A wraparound tailgate with LED tail lights completes the package. The whole LED running light deal is getting a little overdone these days, but on the Q3, the ring of white light around the lamps looks very much appropriate and even adds to the youthful character.

On the inside, at no point do you feel that you are in a small car or a cheap one. Just about everything you touch feels like it belongs in a premium car. The inside door pulls are the only parts of the inside where you’ll notice hard plastics, otherwise, it’s soft touch materials, leather, brushed aluminium all around. The Q3 is smaller than the Q5 in all dimensions, but when it comes to width, the difference isn’t significant, thankfully. The front buckets are wide, comfortable and offer a wide range of adjustments while the rear bench can easily accommodate three adults. It skips a center armrest in favour of a useable centre seat. Unlike the BMW X1 where the central tunnel eats into the interior space, the one in the Q3, while present, isn’t nearly as intrusive.

With a relatively tall driver up front, leg and knee room in the rear is also surprisingly good, you’ll know you’re in something small and compact, but at the same time, you won’t be uncomfortable unless you measure upwards of 6.5 feet.

Once you twist the key in the ignition, the MMI screen swivels out of the dash and you can use the center console mounted knobs to control the various vehicle parameters.

Twist that key further and the 2.0-litre TDI engine comes to life and settles into a low rumble. The engine comes with 174 bhp of peak power, which is the same state of tune as the one in the VW Passat, and thanks to the variable vane turbos, the power comes on early, lacking any turbo lag, and stays on till high up in the revv range. Power is sent to all four wheels through Quattro and a seven-speed S-tronic DSG gearbox. On its own, the gearbox does a good job of keeping the engine on the boil, but slot it in sport mode and the whole combo makes the car a lot more fun to drive.

It’s not all show and no go, either; the Q3 definitely backs up its sporty looks with great driving dynamics. You can feel the Quattro system working for you as you power out of the corners. While the rear wheels are fighting for traction, some of that power is routed to the fronts and you can feel it clawing its way out of the bends.

Surprisingly, for the kind of manners it displays on the roads, the Q3 also has great off-road prowess too. On a short course set-up for us, the Q3 managed to take on boulders, ditches, mounds of dirt and lots and lots of rocks without ever breaking a sweat. In the hands of more experienced drivers, the Q3 even held its own in unchartered territories outside the course, something we wouldn’t have believed had we not been in the car at the time.

Audi is targeting the young with this model, and with its features and capabilities, the only thing that will decide its fate will be pricing. And going by their placement of recent models in with respect to the competition, there's no doubt this will come in at a good price point too.