Audi India has launched the facelift version of Q3 compact luxury SUV at Rs. 28.99 lacs. Q3 is automaker’s highest selling model in the country and competes against the likes of Mercedes-Benz GLA & BMW X1. 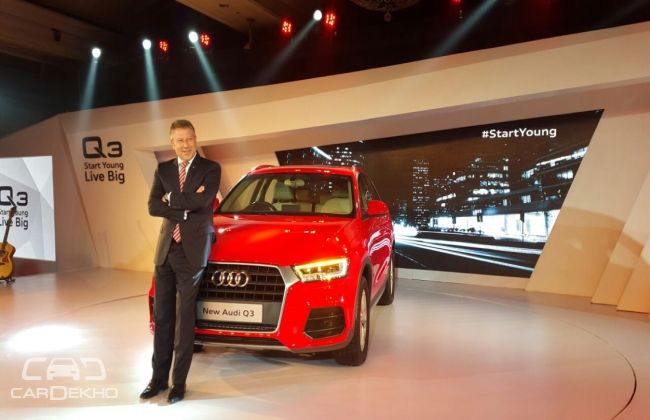 This is just a mid-life facelift and not a new gen model, therefore the changes are relatively lesser. In terms of exterior updates, the 2015 Q3 gets majority of changes to its frontal fascia. The hexagonal front grille has now become wider and the upper sides of which now merge with a new set of turn signal-integrated LED headlamps. The overhead wing that connects the grille and the headlight is aluminum-finished instead of generally-used chrome. While, the rear and side of the SUV remains almost identical, except some minor tweaks including new bumper, tail-light unit and new alloy wheels. 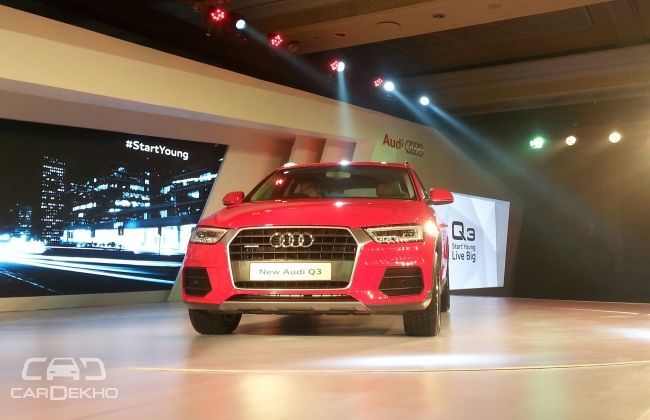 On the inside, dual-tone black and beige upholstery and an-all black upholstery are the two options on offer. And the wood inserts on the earlier model have now been replaced with the aluminum-finished panels, giving a very upmarket feel. 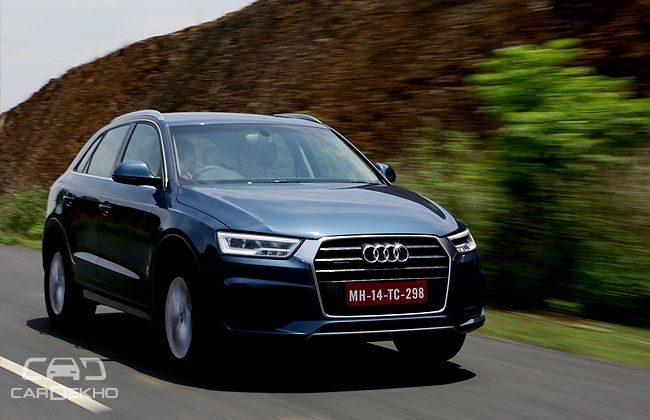 Powering the new Q3 is the similar 2.0-litre TDi mill and performance and efficiency of this tried & tested oil burner remains the same and puts out 174 bhp along with 380 Nm of peak torque from as low as 1,750rpm. The seven-speed dual clutch gearbox gearbox has also been retained, but the only difference that is on offer here, are the paddle shifters that let you go through the gears much quicker than before.