Audi plans to assemble Q3 SUV in India from mid-2013 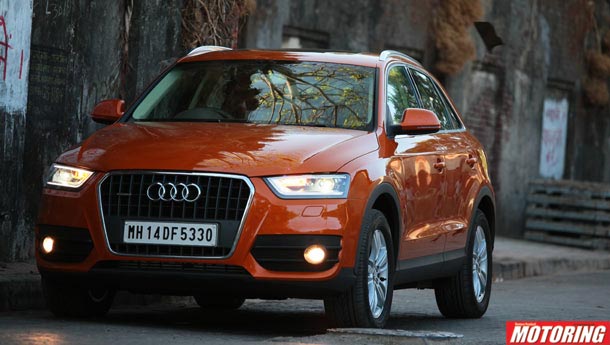 Luxury carmaker Audi India plans to start assembling the compact  sports utility vehicle (SUV) Q3 at Aurangabad from mid next year. The company recently started assembling the Q7 SUV in India, and is bullish on the Q range of vehicles to drive its sales in India.

"India is the fastest growing market for Audi worldwide, and in India we are the fastest growing luxury car brand. We sold 5511 cars in 2011 and plan to end this calendar year with 8000 cars," said Michael Perschke, head, Audi India. Within January to October, the company has sold 7267 vehicles this year, as compared to 4692 vehicles in the same period last year.

The Aurangabad plant can produce 12,000 cars per annum working in two shifts in the mid-term, and around 9000 cars in the short term, Perschke informed. At present it can assemble between 7500-9000 cars working in single shift and the company plans to take that up to 12000 cars per annum within the next 18-24 months. Perschke added that Audi plans to start assembling the Q3 in India by next year.

As far as capacity expansion is concerned to support the company's growth rate, he said, "Our board is reviewing the plan on volume requirement. In the next six to twelve months we will look at a new plan. Right now, the Aurangabad facility is sufficient to cater to the demand in India." Talking about chances of setting up a green-field plant in Gujarat, Perschke said that as of now there were no plans. "But, Gujarat chief minister gets to know about any plan to have a green-field unit, am sure, he will ask us to come for a presentation with our requirements."