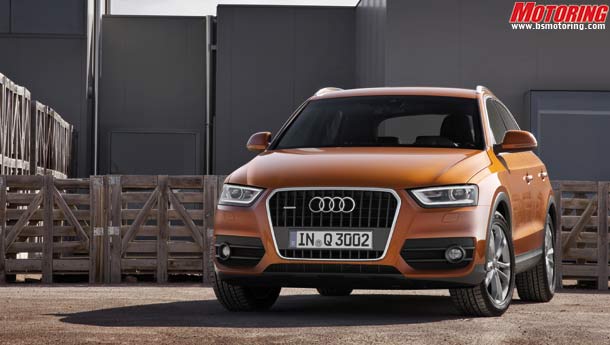 Riding on the success of the Audi Q3, the company recently announced that it will be bringing the Audi A3 Saloon and Audi Q2 SUV, both all new cars to the Indian market. The A3 is based on the hatchback sold in Europe but we will be getting a sedan version of the same here.

Mr Michael Perschke, the Head of Audi India said the A3 sedan could bow in by 2014. Assembled in India, this is likely to be its new entry model, price positioned even below the Q3. Expect the price of the A3 to be higher than the Jetta though, since both come from the same family (although built on different platforms) and we're sure Audi will position it's cars at a premium.

“India is a marathon where you have to have a lot of stamina to run the race. We have a clear product plan till 2019, which takes into account most of our competition. The A3 sedan is the volume product expected after the Q3. The first 500 units of the Q3 have all been booked, most being the more expensive variant. The second allotment will start by end-June", he said.

This is expected to be followed by another volume model — the Q2 — after the global launch in 2015. The Q2 is a 5 seat Soft-roader which will be smaller than the Q3 and priced lower as compared to it. We believe the Q2, when launched a couple of years down the line, has the potential to shake up the Indian soft-roader market, forcing manufacturers like Honda to price the CRV lower than it's current asking price.

Final body styles are still being decided, but we'll see a two-door concept at the Paris Motor Show later this year, with the final version penciled in for the 2015 Frankfurt Motor Show.