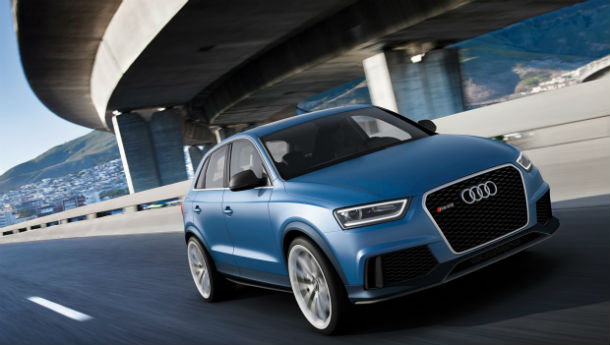 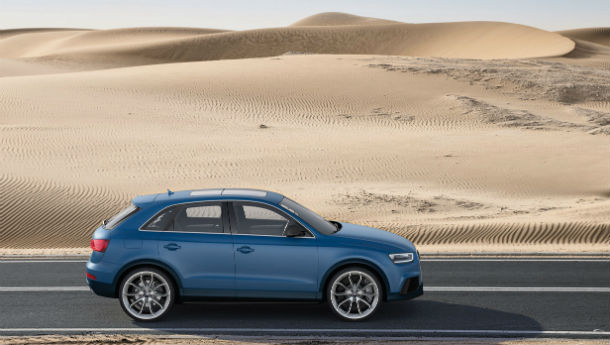 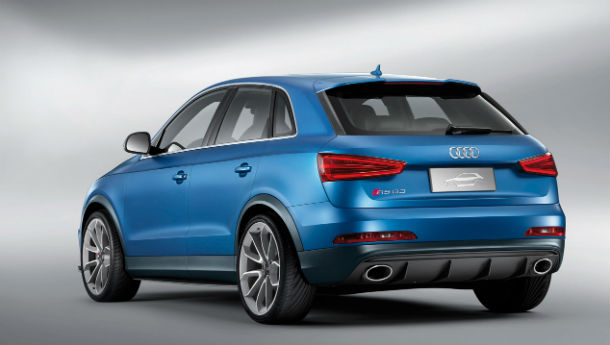 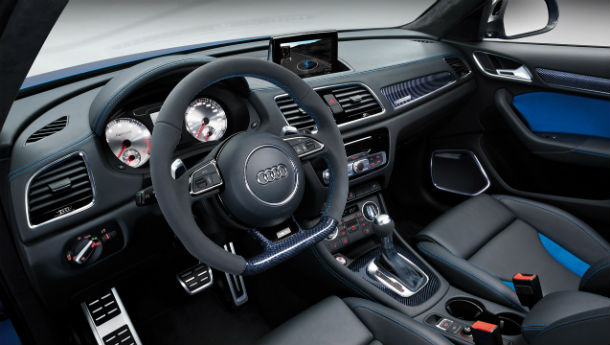 It's been mere days since we got to sample the Audi Q3 and already, there's a go-faster version on the cards. Granted, the Q3 has been on sale in Europe for a while now, so it's about time, really. The blue RS Q3 you see here is still officially a concept that will be shown at the upcoming Beijing auto show, but really, tone down the aero bits a little and you're looking at a production-ready model.

The concept features a 2.5-litre TFSI engine, the same one you can find under the hood of the Audi TT RS. The engine is good for 360 bhp of peak power, and when sending power to all four wheels through a seven-speed DSG gearbox, is capable of a claimed 0-100 kph time of 5.2 seconds.

On the outside, the front end now features slightly tinted headlights, a new, radical-looking bumper and many carbon fibre bits to justify the RS badge. The entire car also rides 25mm lower than the normal Q3, so while it may not be too much of an off-roader now, it should go around corners a lot better.

It also gets a special two-tone blue and black treatment on the inside, with the seats, steering wheel and even the pedals getting the colour scheme. Also, note the flat-bottomed steering wheel borrowed from other RS cars.
The only thing that remains now is the official announcement about its price.