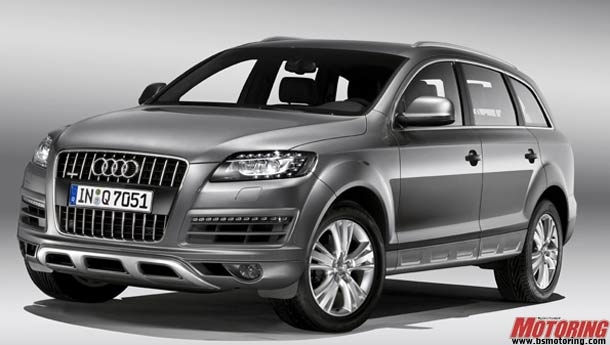 Essentially the same engine as the one found on the A6 3.0 TFSI with changes to tuning, this supercharged petrol engine now produces 333 bhp of peak power and can accelerate from 0-100 kph in just 6.9 seconds, while hitting a top whack of 245 kph (all claimed). Interestingly, the torque figure of 44.5 kgm is available across a wide band, from 2900 rpm to 5300 rpm.

Combining supercharging and direct injection means the SUV now achieves lower CO2 ratings than the outgoing 3.6 FSI V6 and yet shows improved fuel efficiency despite the increase in power.

The rest of the Q7 stays the same. So you get lots of LED diodes all across the length and breadth of the car, the same smart looks, six and seven seat options, MMI and a whole host of features and options. Audi India have priced the SUV at Rs 59.2 lakh, ex-showroom, New Delhi. Deliveries for this new variant begin January 2011.