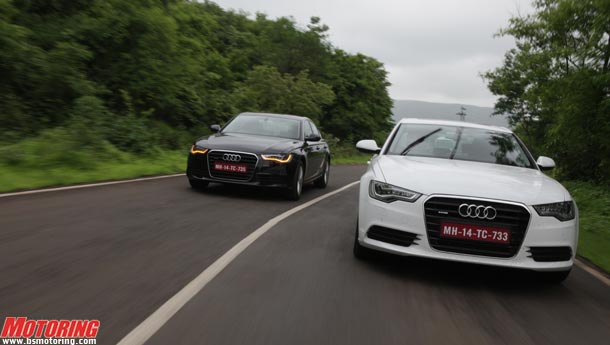 The automotive industry faces a tougher year in 2012 than it has done this year, Audi Chief Executive Officer (CEO) Rupert Stadler told Reuters in an interview for release on Sunday.

“But this should not be a reason to fall into pessimism,” he said, adding that the automotive industry would continue to grow over the next 10 years thanks to the enormous appetite for mobility among people in developing economies.

Stadler also denied speculation in the German media that he might be a successor for Audi parent Volkswagen’s CEO, Martin Winterkorn, when he steps down at the end of 2016.

He said he expected China’s automotive market to grow eight to nine per cent, with its premium segment expanding 20 per cent or even 30 per cent, though he did not give a timeframe.

Audi is the market leader in the luxury segment in China, well ahead of German rivals BMW and Daimler AG’s Mercedes.

Stadler, who has set a goal of making Audi the world’s top premium car maker by 2015, told Reuters car makers had a better chance of growing in the premium segment because emerging markets like China would produce a crop of millionaires in dollar terms.

Audi is aiming for the top position in the United States, which has the world’s biggest premium segment at nearly two million cars, he said. The company currently runs behind both BMW and Mercedes in that market.

He said a new production plant there would help, but it was still unclear where the facility would be based.

He noted that wages in Mexico were cheaper than in the United States, where parent Volkswagen already has a factory. But he said if Audi were to join the Volkswagen plant in Chattanooga, “the investments would certainly be somewhat less,” although exporting cars out of the United States would have high customs fees.

Asked if he would like to be the successor to VW’s Winterkorn, Stadler replied: “No,” adding he wanted to remain at Audi.

“I have many things to do here,” he said.

Like Ferdinand Piech, the current supervisory board chairman of Volkswagen, Winterkorn was Audi Chief Executive before becoming head of the executive board of Europe’s biggest car maker.

Stadler has been Audi CEO since 2007 and last year became a Volkswagen board member. Unlike Piech and Winterkorn, who both studied to become engineers, Stadler graduated with a business management degree.

Volkswagen works council head Bernd Osterloh told a German newspaper the company could miss its internal outlook for vehicle sales in 2012, without saying how much growth the company expects.

“The reason would be weakness in southern European markets,” he told Frankfurt Allgemeine Zeitung in an interview published on Saturday.

“But in exchange, we have good chances of selling more cars than before in Latin America, North America and Russia,” he said.