Audi announces A6 production in India 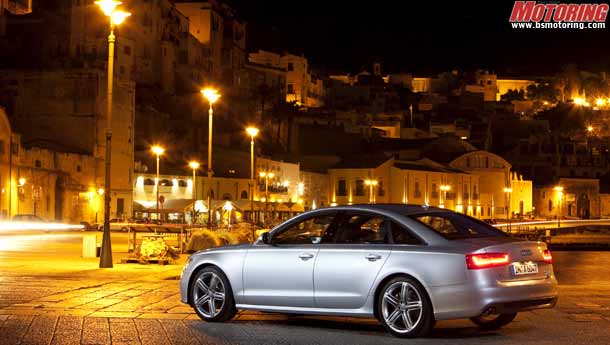 Audi, the German luxury car manufacturer, has announced the start of production of the all new Audi A6 in India in Aurangabad. More than 2,000 units of the next generation Audi A6 will run off the production line every year, in the initial years, at the Group’s Aurangabad facility. The official start of production was announced in the presence of Kurt Romeiss, Senior Manager Quality, Audi A6, Jürgen Krieger, Senior Manager PreSeries Center, Audi Neckarsulm and Michael Perschke, Head, Audi India. Dr. Leopold-Theodor Heldman, Consul General, Federal Republic of Germany in Mumbai, graced the occasion as the guest of honour.


“The production of the all new Audi A6 underlines our growing presence in the Indian market and reiterates our long term commitment to customers in India. The commencement of production of this next generation Audi A6 is in line with our long term strategy for India and is a precursor to its much-awaited launch later this year,” said Michael Perschke, Head, Audi India.

Manufacturing of the new Audi A6 will take place in 16 work cycles on one production line at the Aurangabad plant, securing local employment for 126 individuals for the next years to come. The new Audi A6 will be offered with a choice of diesel and petrol engines.

The brand with the four rings also produces the Audi A4 and the Audi Q5 in Aurangabad and has produced around 5,000 cars since the commencement of local production in September 2007. Audi India aims to manufacture more than 4,600 units in 2011, compared to 2,466 units last year. By 2015, Audi India targets to roll out up to 6,000 units each year.