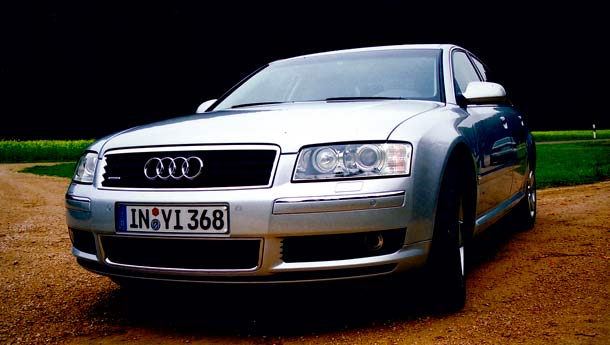 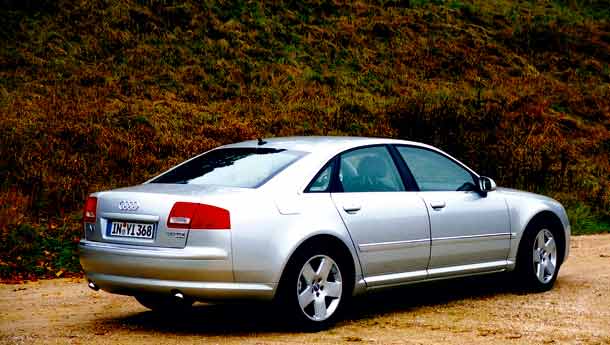 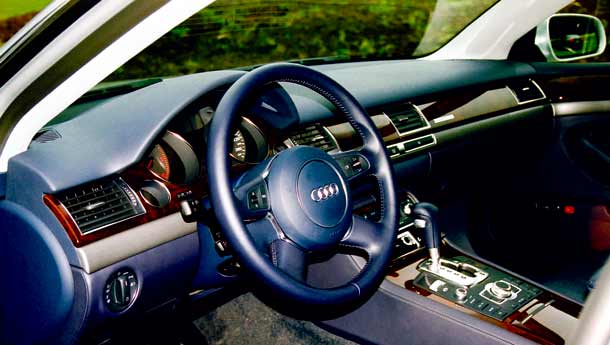 I was behind the wheel of the Audi A8 3.0 TDI, heading to Munich from Ingolstadt, and having a serious conversation with a fellow passenger. We were talking as if we were sitting in a plush hotel lobby, but a hotel lobby that was moving at over 220 kph. That’s the magic of the A8, a car that’s so at ease at high speeds that it puts you at ease.

The snout of a white BMW 7 Series appeared quite close in the mirror, so I moved away from the high-speed lane to let him pass. He did get away, but in no time I was behind him and gaining in speed. He allowed me to pass and I left him far behind, never to see him again. Symbolic of the battle between the top-end Audis and BMWs perhaps.

Ingolstadt, Audi’s HQ, is barely 80 km from Munich, which BMW calls home. Even closer is the fight between the A8, Audi’s flagship, with that of BMW’s, the 7 Series. That’s because both these machines are battling it out in the ‘luxury sports saloon’ segment, and the A8 has got the upper hand – in the critical eight-cylinder category, the A8 outsells BMW in Germany. And I can safely assume that the 7 Series’ radical looks and confusing iDrive also had a role to play in this. But then, let me tell you this: the 12-cylinder A8 has dethroned even the formidable Mercedes-Benz S-Class V12 in Germany. So there.   Since its launch in 2002, the second-generation A8 has won every test in Europe against established competition, and it’s easy to see why. It boasts aluminium space frame construction, which means significant savings in weight and a more rigid body. And it looks extremely understated, yet classy, unless of course, you’re looking at the aggressive, large-grilled 6.0 V12. It comes with a delectable spread of diesel and petrol engine options and enviable build quality.

The turbocharged 2967cc diesel V6 I was driving had 233 horses that came to play at 4000 revs and produced a meaty 45.3 kgm of torque between just 1400 and 3250 revs. Read those rpm figures again. This stunning powerplant is mated to an intelligent six-speed Multitronic gearbox. What’s more, you won’t believe that diesel technology has made such a massive leap in refinement – at this rate, Noise-Vibration-Harshness tests will become irrelevant. And with that BMW episode, I understood why the sticky fuel has become every other person’s favourite in Europe. The A8 was in its element on the autobahn, simply cruising at great speeds with just a murmur and the tacho needle not getting excitable at all.   Audi hasn’t compromised on the suspension either. A four-link setup, with double upper and lower wishbones, does duty at front, while at the rear, a trapezoidal-link axle with wishbone does the job of giving you brilliant ride. Oh, there’s air suspension too. It’s really incredible how your driving judgement adapts when you’re given a superior car. I was taking gentle curves of the autobahn at unbelievable speeds, something I wouldn’t in lesser cars. Yes, Quattro is always there, but I had some amazing braking technology on call and competent 235/60 16-inch tyres too. The 80-km drive got over even before we could complete our conversation.


Yes, the 3.0 TDI will be a good model to be eventually launched in India, but Audi is giving us the long wheelbase A8 L with the 4.2 V8 first. Hello, pay attention, it’s a V8. This 325 bhp (Indian-spec) A8 L will be loaded to the gills, and will have 17” alloys, Quattro, tiptronic, electric sunroof and a host of other stuff as standard, while air suspension will be an option. To be launched this month, it will be priced at approximately Rs 70 lakh. Hmm. We will surely test it and tell you what’s it like. But one thing is for sure. No Beemer or Merc will be around when we take it to the Mumbai-Pune Expressway.