Audi A4 Update - A four Audi 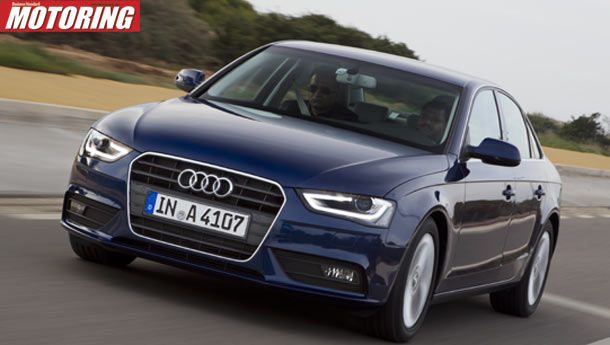 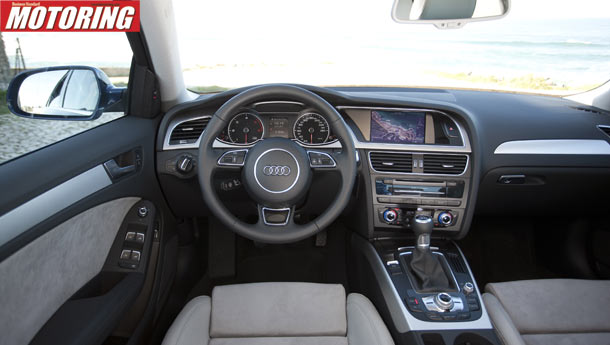 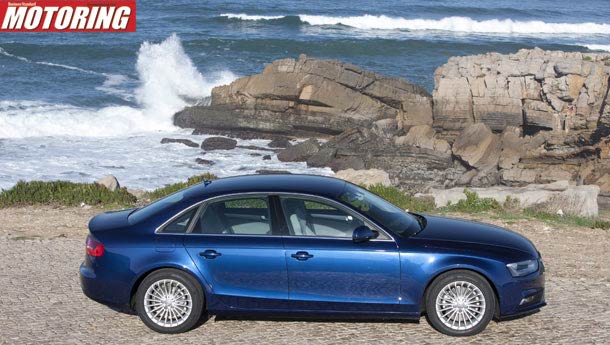 The Audi A4 is an excellent car – it straddles the line between the comfort-oriented Mercedes-Benz C-Class and the driver oriented BMW 3 Series. So does it offer the best of both worlds? Yes, it does, but it leans more on the Merc side rather than the sporty Beemer side. Now Mercedes has gone ahead and given the C a brilliant facelift, while an all-new terrific 3er is on its way. So isn’t it time that Audi gives the A4 a mid-life update? Well, that’s what this piece is all about.

There are two important changes as far as I am concerned: one, the steering feel, which was the weak link in the previous A4, has been addressed, and two, the entire engine line-up has been given a boost of power. Oh, but the more delish news is that Audi India will be shipping in the awesome S4 as well. We’ll come to that later, once I dispense with the basic stuff.

The front end has received a mild reworking, the most prominent of which is of course the headlamp treatment. If you notice a black grille, it is either a six-cylinder A4 or the S-line – the regular ones get the grey grille. The tail-lamps have also received a minor reworking. Inside, some bits have been changed to make it feel more plush and posh. And the navigation system sports fewer buttons – always good, in my opinion. Like with its bigger siblings, the A4 also gets the Drive Select system that lets you fiddle around with various settings to make the car drive the way you like it – auto, dynamic, comfort, individual and efficiency. You still have to drive it, though. The new driver information system now can tell you that you are going off to sleep at the wheel because of the slow moving traffic and asks you to go get yourself a coffee – not something stronger, fortunately or unfortunately.

In India, Audi offers the A4 with five engine options and all of these have received power boosts. The top-of-the-range 3.2 V6 will give way to the 3.0 TFSI supercharged V6 with 272 bhp. This same engine powers the S4, but to earn that S moniker, the engine develops a meaty 333 bhp. The other two petrol TFSI options, the 1.8 and the 2.0

now will get you 170 bhp and 211 bhp respectively. Really, it is going to be tough to make a decision between these two. As for the oil-burners, the 2.0 TDI remains where it is with 143 bhp, while the range-topping V6 motor, the 3.0 TDI, now offers 245 bhp. This engine is a bomb, and now with more power in a car that’s not exactly a barge, can be explosive. All that power comes with responsibility, so Audi has added a start/stop system as standard across the range.

I of course kept my power hunger for later and simply took a 2.0 TDI to drive around the coastal roads of Portugal. What impressed me was the steering feel was much more natural and progressive compared to the pre-facelift A4. It felt good to hold without sacrificing the comfort factor. The electromechanical steering setup, like the one in the Q3, doesn’t consume power when ploughing straight ahead, leading to fuel efficiency. Heck, what more do you want? Steering wheel options? Oh yes, Audi is offering the A4 with a bunch of neat designs and I hope there will be that choice for Indian customers too. The engine of course is delightful, though a bit noisy to outsiders. Even for a (relatively) small capacity inline-four, it has a steady stream of torque that you can dip into or dive into – you choose. The rear suspension has also been retuned, but I didn’t sit in the back seat, so I can’t tell you about it. And the roads were not exactly the Moon-class ones you get in Mumbai. So there.

The one that I am looking forward to driving back home – not in Mumbai, but on its outskirts – is the gob-smacking S4. It looks sinister in red and shows that it means business – especially with that badge on the flanks that says V6 T. You are held in those optional sports seats with side bolsters in a vice-like grip that somehow is at odds with the practical side of what is essentially a hot A4. The steering wheel with the flat bottom further reinforces the oddness. And then, when you fire up the engine, you hear a terrific intake noise and hungry burble that is completely at odds with the Clark Kent TDI A4. The supercharged V6 with its half-the-number-of-the-beast horses is superbly responsive and is indeed an awesome motor. It makes the S4 one hell of a terrific car to drive and the dynamics too match the output. You can never get enough of taking short stabs of the loud pedal, even when there are cars in front of you – this is a dangerously addictive car and I can’t wait to see what it can do back home. Of course, as always happens, pricesof updated models and gravity are inversely proportional (unless you are Maruti Suzuki and you have a great Dzire to change that truth). So expect the updated A4 to get launched very soon with updated prices as well.