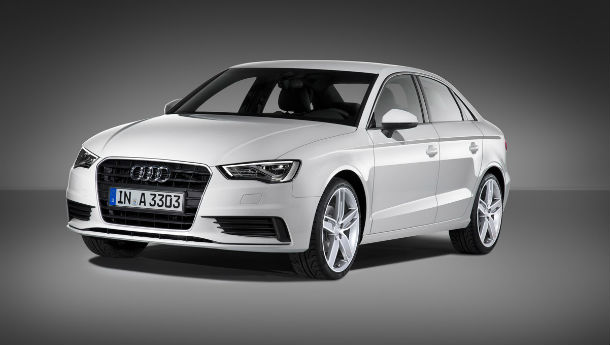 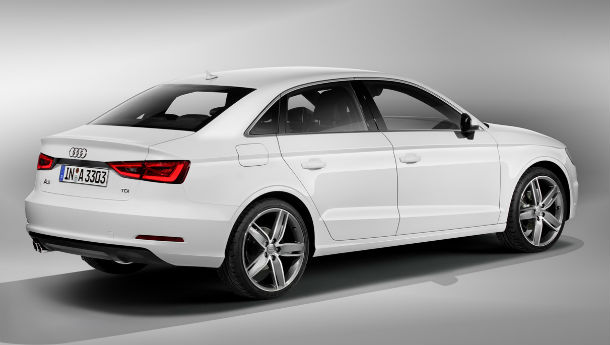 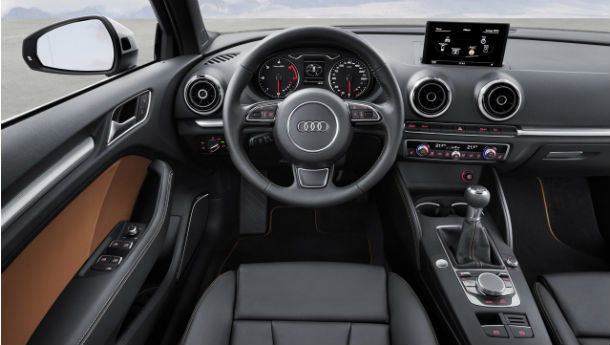 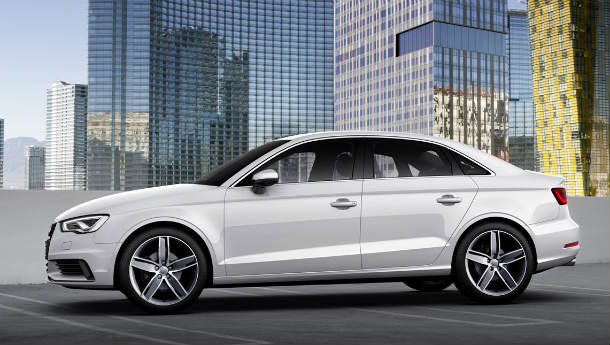 The entry level lusury sedan segment is heating up with the launch of the Mercedes-Benz CLA-Class and the new Volvo S40 sedan. With all that activity though, Audi isn't one to be left behind. They've finally unveiled the production version of the A3 sedan.

Seen a couple of years ago as a concept, the A3 Saloon is set to become the new entry level Audi in certain markets.

On the outside, the A3 sedan manages to look like an Audi without being to simlar to the A4 sedan. Crisp and clean lines ensure that it's quite a looker.

Internationally, there are three engine choices on offer, a pair of 1.4-litre and 1.8-litre TFSI petrols and a 2.0-litre TDI diesel engine. For India, there could even be a smaller 1.6-litre TDI engine on offer. All engines are available with either a 6-speed manual transmission or a 7-speed DSG 'box.

Inside, there's an all new MMI info-tainment system with 3D graphics and a hard-drive based navigation unit built-in. You have access to the internet and google street view mapping as well.

That's not all though. A more powerful S3 sedan is also coming soon, which will feature a 2.0-litre TFSI engine making nearly 300 bhp of peak power. It reportedly does the 0-100 kph sprint in just under 5 seconds.

Expect the A3 sedan to come in as a CBU initially and then depending on demand, it will be assembled at Audi's Aurangabad plant later on.

The A3 will most likely make it here with an ex-shpwroom price tag of around Rs 23 lakh to 28 Lakh.