Audi A3 sedan to launch on March 27 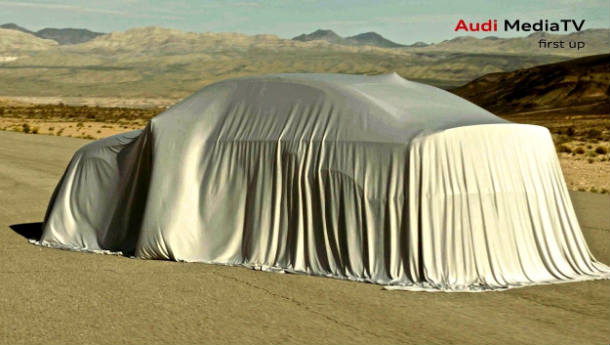 Audi, having enjoyed a record year in 2012 is looking to up the ante and head for the number one position as far as sales go. Its next big bet is what is under the covers in the photograph you see above, the A3 saloon.

Designed to rival the likes of the Mercedes-Benz CLA and Volvo's S40 saloon, the A3 sedan, which was first shown as a concept in 2011 will go on sale mid-2013 in most markets around the world and is expected to hit showrooms in India before the end of the calendar year.

Based on the MQB platform, the A3 saloon is the fourth body-style for the A3 brand after the hatch, Sportback and Cabriolet. The three-box saloon will share a lot of components with its siblings and is likely to get a host of four-cylinder petrol and diesel motors.

For India, it's likely that the A3 saloon will be offered with the 1.8 TSI with 178 bhp on tap and is mated to a 7-speed DSG transmission. The diesel motors are likely to include the 2.0 TDI with 150 bhp and possibly the 1.6 TDI with 105 bhp, both of them with 7-speed DSG boxes too.

Audi may for the first six months import the cars into India as CBUs, before it shifts to assembly operations, a strategy they have followed with the Q3 SUV as well. The car is likely to be assembled at the Aurangabad facility for the moment, where Audi India already assembles the Q5 and Q7 SUVs as well as the A4 and A6 saloons. The Q3 assembly is likely to begin shortly.

It's likely that the new A3 saloon could be priced in India in the region of Rs 23 lakh to 28 lakh, when it goes on sale. Keep watching this space for more on the upcoming A3 saloon.

ALSO READ: What we think of the Mercedes-Benz CLA

Mercedes-Benz CLA is sporty and a touch impractical

ALSO READ: Our original story on the A3 saloon concept from 2011

Audi is going all-out with the A3 saloon concept