Atul Auto net up 23%, to double capacity at Rajkot plant 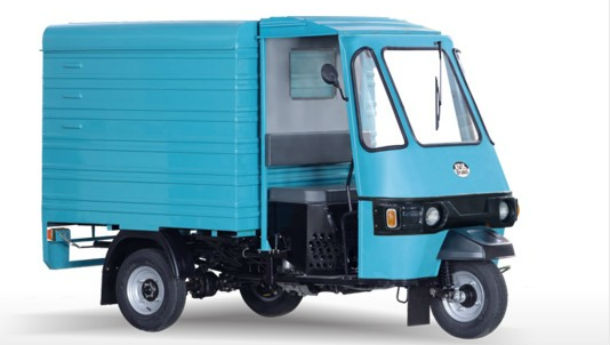 Domestic three wheeler-maker Atul Auto today reported a 23% jump in its net profit at Rs 6.21 crore in September quarter driven by an increased penetration of dealership network and said it plans to double the capacity at Rajkot plant by year end.

"Our current capacity stands at 24,000 units per annum which we will scale up to 48,000 units by year-end or January next year," Atul Auto Ltd Director Vijay Kedia said.

The company plans to utilise this enhanced production from next fiscal.

"We have seen uptick in sales since October and expect good second half as we see revival in demand," he added.

As against the industry's anticipated growth of 3-4 percent, the company is confident of clocking 20% growth this year.

The company had posted Rs 5.06 crore net profit in the corresponding quarter of the last fiscal. The sales during the quarter stood at Rs 86 crore as against Rs 77-crore in Q1 FY 12, Kedia said.

Atul Auto sold 7,578 units in the reporting quarter compared to 6,795 vehicles sold in the July-September period of the previous fiscal.

"Our performance has been quite satisfying more so in this tough quarter. The current economic situation is quite challenging. We plan to focus on new product introduction, process innovation and cost control that will help in rising to the challenges adequately," he said.

Atul Auto also expects its market pie to go up to 6% this year from the current five percent, Kedia said adding, "we have increased the number of dealerships to 138 by September from 115 last fiscal and we are hopeful of leveraging this enhanaced network to ramp our sales."

The company, which also exports its vehicle to Bangladesh, Kenya and Tanzania, will soon enter the Sri Lankan market as well, Kedia said.