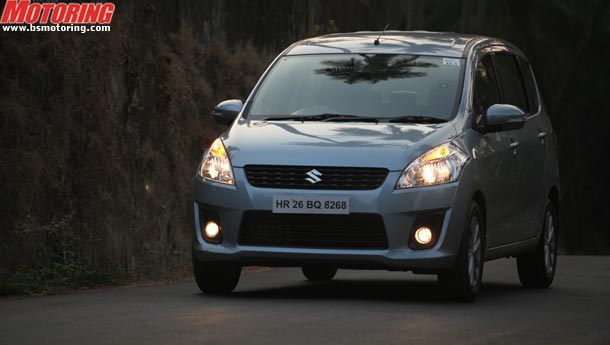 In the wake of the violence at Maruti Suzuki India’s Manesar facility in July, shareholders of the company urged the management to be more sensitive to labour disputes, even as Maruti promised a swift return to normalcy at the plant.

At the company’s annual general meeting (AGM) on Tuesday, executives spoke to generally supportive applause. One shareholder sang an ancient Hindu chant to ward away evil spirits, following the company shutting the Manesar factory for a month.

“The management should think of bolstering industrial intelligence. Had it been active, we would have known what is happening,” shareholder D D Sadhana told the company’s board of directors. Another shareholder, Yashpal Chopra, said, “We need to have a good industrial relations department, one that wouldn’t let these evils crop up.”

“This AGM is not being held in the happiest of circumstances because of what happened on July 18, unprecedented not only in the history of Maruti, but industrial India,” said Maruti Suzuki India Chairman R C Bhargava. “Only one died, but many more could have, because of the way the attacks were carried out.”

The company on Tuesday stated to meet the requirements of the domestic market, the company might consider increasing the capacity to manufacture diesel engines beyond the announced expansion plans. “We should have a total capacity of 7,00,000 diesel engines by 2014. We are examining if this needs to be ramped up further,” Bhargava said.

In March, the company had announced investment of Rs 1,700 crore to set up a second diesel engine manufacturing unit at Gurgaon. The unit, with an initial capacity of 1,50,000 units would be on-stream by mid-2013. In the second phase, capacity at the facility would be expanded to produce 3,00,000 diesel engines a year by 2014.

Petrol is 66 per cent more expensive than diesel, and this leading to an increasing number of customers opting for diesel vehicles. In the last financial year, sales of petrol cars declined 13.7 per cent, while those of diesel-powered vehicles rose 37.4 per cent to account for 47 per cent of India’s passenger vehicle industry.

Bhargava said earlier, the automobile industry expected growth of 10 per cent in the current financial year. However, given the current macro-economic conditions, growth projections for FY13 may moderate to 8-8.5 per cent.

Maruti is also putting in place measures to ramp up production capacity at the Manesar unit in a “reasonably short period of time.”

So far, 696 permanent workers have rejoined work at the unit. The company would begin regularising contract workers after due screening. It would also hire more employees from September 2 to replace the 546 permanent workers sacked in connection with the arson at the facility.

“We hope to restore full production in a reasonably short period of time. So far, 700 workers have reported; contract workers are being regularised. We will recruit additional people to replace the 500-odd permanent workers who have been asked not to come back,” Bhargava said.

He clarified Maruti Suzuki was committed to operations in Haryana and would not scale down any planned investment in the state. The company would continue to run operations under a tight security cover at the Manesar unit.

The lock-out at the plant had resulted in revenue loss of about Rs 1,400 crore for the company. Chairman of parent Suzuki Motor Corporation, Osamu Suzuki, on a week-long visit to India, has urged Haryana Chief Minister Bhupinder Singh Hooda to ascertain the cause of the violence at Manesar.

Maruti Suzuki India contributes at least 30 per cent to Suzuki Motor Corporation’s pre-tax profit and 46 per cent to its overall production outside Japan.

Tomorrow, Osamu Suzuki is scheduled set to visit the company’s research and development centre in Rohtak.