Aston Martin tractors? We've heard that one before 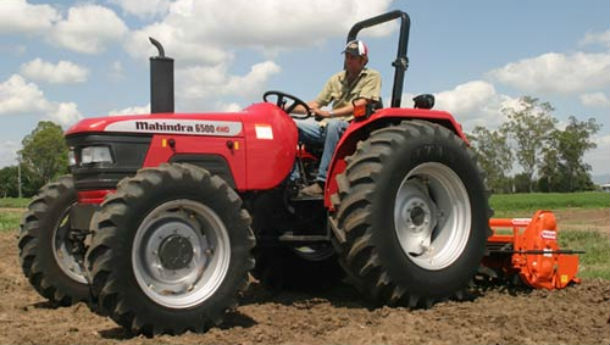 Jokes about James Bond on a tractor have done the rounds since Indian farm machinery maker Mahindra and Mahindra emerged as a possible investor in Aston Martin, whose iconic British sports cars are favoured by 007.

But marriages of extremes across the automotive spectrum are not so rare, and tractors have played a vital role before in the history of Aston Martin, as well as of other fast car brands.

Porsche once powered German ploughmen through the 1950s and, from Italy, Ferruccio Lamborghini's name still gleams on thousands of tractors, half a century after he turned a fortune made from agricultural equipment into a passion for road racers.

Should Aston Martin Lagonda Ltd pass to the Mahindras, world No.1 in tractors, it would turn the wheel back to the 1950s and 60s when, owned by Yorkshire tractor magnate David Brown, Astons beat Ferraris to world and Le Mans racing titles and saw the fast but elegant DB5 upstage Sean Connery in early Bond movies.

That series of thoroughbred sports cars - "DB" for David Brown - remains, as the firm says, the "classic model bloodline that sits at the heart of the Aston Martin range", most recently the new DB9, launched ahead of the company centenary next year.

Brown made a fortune for his family's engineering group by designing tractors. Indulging himself in 1947, he paid 20,000 pounds for Aston Martin, whose carmaking was halted by World War Two. He later added another London luxury car brand, Lagonda.

It gave the industrialist access to a glamorous world; in a 1952 picture, he stands proudly by a David Brown tractor - at the wheel sits Formula One champion Juan Manuel Fangio.

Back then, too, there was no lack of sarcasm about what a tractor man really knew about speed. And though Brown saw his Aston Martin cars succeed on the track and in popular culture, the Mahindras may do well to note that motor industry marriages of brawn and breeding have often not been built to last.

Ferdinand Porsche's tractor engines went out of production in 1963; Lamborghini's tractors and supercars are long divorced, the former now part of Italy's Same Deutz-Fahr, the cars part of a stable run by Germany's Volkswagen that also includes Porsche.

As for David Brown, financial crisis obliged him to sell his investment in Aston Martin after 25 years for a token 100 pounds in 1972. At the same time, he sold his tractor business, too.