Automobile world in Assam came to a stop as High Court banned the launch and sale of small cars that do not meet the safety norms. This was done in response to a petition that sought to make vehicles on the road safer. Assam is the largest automobile market in North-East India and will be greatly affected by this decision. Big players like Maruti, Hyundai and Honda will be the ones suffering most, as the registration of their popular models like Swift, Alto, i10, EON and Jazz has been stopped by the order of Gauhati High Court. This does not affect the SUVs and MPVs which are strong enough to absorb the front impact. This is bad news for the car manufacturers as the market saw a 7% growth in the first 4 months of this FY after two consecutive years of decline. According to the Society of Indian Automobile Manufacturers, the Northeastern states account for about 12% of car sales in the country.

The petitioners emphasised that crash test like the Global New Car Assessment Programme (NCAP) should apply to cars sold in Assam too because the state is a mountainous region and is more prone to accidents and hence, requires a higher safety standard which should be applied to the vehicles in the region. Agreeing with the argument, the High Court on June 26 banned about 140 models by all manufacturers which did not meet the crash-test norms. The next hearing in the case is coming up on August 27. 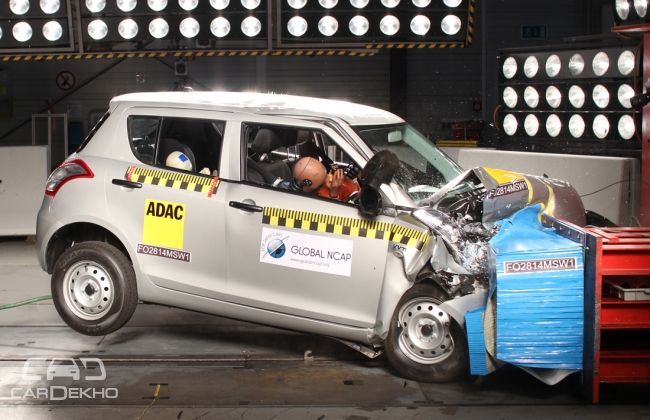 Automakers in India are supposed to meet frontal crash test norms. Last year NCAP conducted the frontal offset crash test which studies the impact on a smaller area of the front portion of a vehicle and is tougher than the frontal crash test. Many cars in our country like Maruti Alto, Hyundai i10, Ford Figo and Datsun Go failed these tests which are a standard in developed markets. India is yet to see such a strict policy on vehicular safety.

The court in the interim order said "The Centre is directed not to permit the auto manufacturers to release and sell the small four-wheelers with a mass up to 1,500 kg and quadricycles without putting them to crash test and emission test. As a response, transport authorities in Assam have asked dealers not to sell any vehicle which does not meet the crash-test norms. This has resulted in a ban on new vehicle registration in Assam. Car companies are disquiet by this order and are making their case one by one through the Society of Indian Automobile Manufacturers (SIAM). Names like Hyundai, Maruti Suzuki, Toyota and Honda have all agreed to having been facing problems after the court order.

Manufacturers claim that their products meet the Indian norms of frontal crash test, also known as the steering impact test. And that the more harsh frontal offset crash tests should only apply from 2017 when they can be successfully conducted in India. They also claim that there is no case for stopping sale and registration of cars as they meet all the mandated frontal crash test norms. There is ambiguity on global crash norms that are currently not applicable in India.