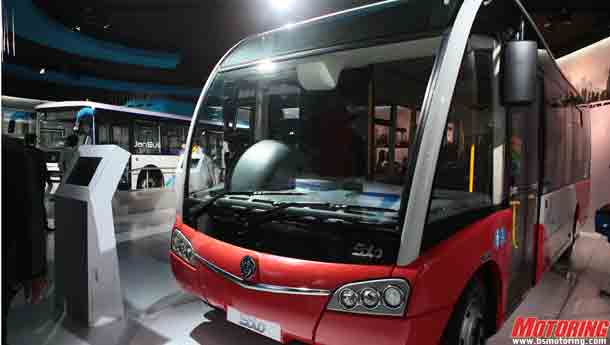 John Fickling, non-executive chairman, said that the company, in line with its board’s anticipation, had witnessed a positive EBITDA in the second quarter (July to September 2012) of fiscal 2013.

These losses, however, were incurred during the first quarter (April to June 2012) before completing the closure and clearance of the Blackburn site, sale of the balance of the Rotherham site and the full ramp-up in sales output as part of the turnaround plan.

In the regulatory filing, Fickling said that the company continued to invest in the new factory and product development, and that the group was now positioned to increase its UK and export sales in both retail and fleet segments.

The company's order book at the end of September 2012 stood at £19.4 million. This current lower level of orders is, in part, a reflection of the shorter lead-times being achieved at the new factory in Sherburn. Optare is also currently awaiting news on the UK Group tenders for 2013, which are planned to be announced in the coming months.

The company also stated that plans had been made to build a number of Optare demonstration units for the West Asian market in Ashok Leyland’s RAK facility close to Dubai. This is seen as an important target market to support growth outside the UK and also expects to put its first mechanical hybrid bus into service with a major operator in the second quarter of 2013.

“The investments in developing electric buses are well timed and we now have a substantial lead on the competition. With the increasing fuel costs, along with more costly and complicated technology needed to reduce tail-pipe emissions, electric buses make increasing commercial sense and offer a key growth opportunity,” according to Optare.

On the outlook, the company said notwithstanding the current poor economic sentiments, the board still anticipated an increase in the UK demand, particularly for single-deck buses in 2013 and 2014, driven by DDA legislation and an expected pre-buy of buses ahead of the Euro-VI emission legislation. However, an increasing proportion of sales moving forward are planned to come from the export markets to de-risk the current dependency on a cyclical UK market.

Peter Gustav Nilsson is new CEO
Per Gustav Nilsson, the current non-executive director and head of Ashok Leyland's international operations, will be the new chief executive officer (CEO) of Optare. He will be taking over from Jim Sumner, who will step down as the CEO and director on December 31, 2012.