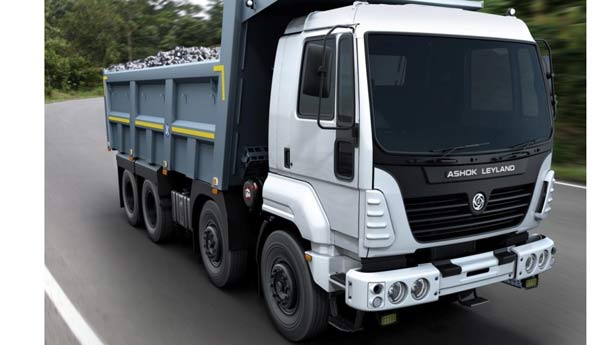 Ashok Leyland is a company in a hurry, forging innumerable joint ventures and rolling out new products in an effort to reinvent itself as ‘not just a bus and truck maker’. Has it woken up too late?

Ashok Leyland (ALL) has gone into overdrive. “One of our strategies is to diversify into new areas, which would help the company to stabilise revenue and bring down the dependency on cyclic al business”, said Sumantran. That’s putting it mildly. The company has launched itself into a frenzied developmental phase involving a dizzying array of products as well as JVs that could well reinvent the company from being a staid manufacturer of trucks and buses to a player in everything from commercial vans to armour-plated vehicles for the defence industry.

The numbers say it all. While total capital deployed increased by 12 per cent to Rs 7,065 crore from Rs 6,321 crore, the company also has an investment outlay of around Rs 4,000 crore, which will be deployed over the next 3-4 years, according to K Sridharan, chief financial officer, Ashok Leyland. Not surprisingly, ALL is embarking on a new branding exercise to convince the world that it is not the company of yesterday. Dheeraj Hinduja, the 40-year old Chairman of the company says “the branding exercise is on and it will be completed by this financial year.

Very recently, ALL has diversified into various areas starting from Light Commercial Vehicles (LCVs), to construction equipment and has managed to rope in some of the world's best manufacturers as partners for the ventures. It has also migrated from land to water. Eager to develop a line of fishing boats, it is now looking for a partner for its boat project. “We have already tested a 40- foot boat and plan to introduce the same under its own brand”, Dasari said earlier. “While the engine will be from Ashok Leyland, we will rope in a partner for body, net and other things,” he added. The company is looking at launching electric variants of its existing vehicles using indigenous technology, said Sumantran. Defiance Technologies, part of the Hinduja group, will develop the knowledge system.

ALL has also dived into the LCV arena—a first for the company—through a JV with Japanese-auto major Nissan. According to Sumantran, from a numbers point of view, the LCV business looks significant with lots of headroom for growth. “This JV is going to be important for us not just in India but in the export market as well,” he said. “We have set a target of 1.40 lakh vehicles over the next 3 years and it will be in three different platforms and each of the products will have brands of our own,” he added.

Then, there’s ALL’s JV with John Deere Construction Equipment, which is also set to roll-out excavators from the Gummidipoondi facility near Chennai, during the current calendar year. The other JVs include Ashley Alteams India, a 50:50 JV between Ashok Leyland and Finland-based Alteams and AVIA Ashok Leyland Motors based in Prague, which offers D Series trucks that are marketed in the Czech Republic, Hungary, UK, Ireland, Slovakia and Spain.

In November, ALL launched the U Truck platform, which will gradually replace company’s existing truck models. The company has said the new series of vehicles, which are expected to be rolled out in the next 12 months will increase company’s market share to 40 per cent in tipper segments. Industry experts said, this will be the game changer that will allow the firm to gain share in the domestic market.

The Company is also betting big on the Defence space, where contracts worth over Rs 45,000 crore under the offset clause will be awarded to various companies over the next 10 years. In the last two decades, the company has been strengthening its defence portfolio, with its flagship product Stallion a 4x4 general utility truck. The company is planning for another three additional platforms which include a light-specialised vehicle, a heavy truck platform and an armour protected vehicle. The company has said it is looking for partners in this space as well.

As far as new products in the market is concerned, the company has recently launched its first model “Dost”, an LCV which took 3 years to roll out and where the development cost was around Rs 1,200 crore. The joint venture partners will launch two more vehicles that will be introduced before 2013. A new facility dedicated to LCVs will come up in Pillaipakkam near Chennai.

Considering this frenzy of activity, the question on everyone’s minds is whether ALL will take a shot at the the passenger car segment. However, Hinduja, who took over as the chairman of the company in October last year, categorically denied that they would, saying that ALL would continue to focus only on the commercial vehicle space. While V Sumantran, executive vice-chairman of Hinduja Automotive Ltd echoed Hinduja's view , he disclosed that the company will roll out a small passenger van or a utility vehicle like the Toyota Innova. This will mark the company's foray into passenger vehicle segment for the first time.

ALL’s aggressiveness may be akin to a sleeping giant who has suddenly woken up and needs to devour everything in sight. But, have they arrived too late to the automotive party? Industry experts feel that the company may have missed the bus, despite having some of the best brains in the business driving it.

There is also a belief that ALL earlier tried to explore new business, but didn’t enter them, which competitors like Tata Motors and Mahindra have promptly taken advantage of. For example, in the Sub 1 tonne category, ALL was the first one to plan an entry into this space, but it didn’t, whereas Tata Ace, Mahindra Maximo and others did and are performing extremely well, says an analyst who has been tracking ALL for over 10-years now. “Ashok Leyland will undoubtedly be missing the advantage of being an early bird, but it is not too late. Now it will be a volume game but whether it will translate into big profits is the big question,” he says.

Industry observers also point out that global expansion activities have not been big hits. While its major competitor Tata Motors increased its global recognition through series of successful business activities. ALL could do so only in a modest way. However, Sumantran has a different view. “Each one has different characteristics. We have been growing steadily and we have always been profitable and paying dividend to the shareholders continuously,” he says.

Going ahead, depending on how ALL manages its vast array of JVs and products, things could change for the firm. Analysts feel that its U- truck platform will be the game changer for Ashok Leyland and put some distance between itself and its competition.