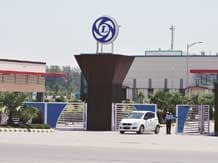 Ashok Leyland Ltd has received patent for an invention related to lightweight composite articles suitable for making structures for use in automobile industry, aerospace industry and for domestic panels. The patent office issued an order proceeding to grant patent for invention titled 'A lightweight composite article and structural members made therewith'.

The company had filed an application for the patent on December 11, 2007 and a first examination report was issued on July 18, 2011. The objections were addressed by the company through written arguments this month, which was satisfactory, according to the Patent Office, Chennai.

Having considered all the facts, submissions made by the company as well as all the documents on record and also in view of its findings, the Patent official ordered the application to proceed for grant of patent provided there is no pre-grant opposition pending, it said.

According to the company's claim, the invention relates to light weight composite article which consists of at least two layers of adhesively bonded light weight fibres which may be filaments selected from jute, cotton, coir and the like. Such layers are sandwiched with a matrix core containing light weight granules such as expanded polystyrene. This core is positioned in between the layers in an area of least stress or at the neutral axjs.

"This invention also includes articles like automobile parts and domestic products made from such composite material," says the company in its claims.