Ashok Leyland banks on the Phoenix to expand biz in India, global market

Commercial vehicles (CVs) are one of the industries to be hit hard by the economic slowdown but Chennai-headquartered Ashok Leyland Ltd (ALL) is banking on a platform named after the mythological bird that rises from the ashes, the Phoenix, to expand its presence in India and the world markets and pull it out of losses.

This new light commercial vehicle (LCV) platform literally represents a second lease of life after the low-profile Hinduja-owned CV maker ended its underperforming eight-year joint venture with Japan’s Nissan Motors in 2016. With Phoenix, the platform that ALL started developing entirely in-house in 2017, the plan, according to Dheeraj Hinduja,  ALL’s chairman, is to make the manufacturer among the world’s top 10 commercial vehicle companies. It is currently 24th.

LCVs — that is CVs under six tonnes — now account for 39 per cent of ALL's sales, up from seven per cent 10 years ago (medium and heavy CVs, buses, defence vehicles and others account for the rest). But it has been a bumpy ride for the company, which saw an acrimonious exit with its joint venture partner and has also been grappling with a drastic slowdown in sales in the first quarter of 2020-21 owing to the lockdown.

ALL’s LCV journey dates back to 2008, when it formed three joint ventures with Nissan for CV and powertrain manufacture and technology transfer. The JV’s first product, Dost, launched in 2011-12 was a two- to 3.5-tonne offering at a time when LCVs in the two-tonne category accounted for 70 per cent of the market.

By the end of 2020, Dost alone would gain an 18.2 per cent market share in its category, according to ALL. Two other products on the same platform are Partner (6.6 tonnes) and Mitr (a school bus), which were launched in 2014 and helped the company garner an overall market share of nine per cent in the LCV segment, according to research firm SPA Global. ALL's three brands are positioned against 42 products from the Mahindra & Mahindra, Tata, Isuzu, and Eicher, among others. But subsequent products — the Ashok Leyland Stile (a multipurpose vehicle launched in 2013) and Nissan Evalia (2012) did not do so well.

After a few rancorous years when Nissan served ALL a notice to terminate one of the JVs and ALL hit back with a legal notice, the two parted relatively amicably in 2016. ALL acquired Nissan's shares in all three JVs and decided to go it alone in LCVs (though it continued to make Dost and Partner under a licensing agreement with its former partner).

Despite a strong domestic market presence, ALL has been unable to expand its international footprint because its LCV portfolio had right-hand drive vehicles, whereas 80 per cent of overseas markets required left-hand drives. So three years ago, ALL decided to develop a new platform completely in-house.

This was the Phoenix project, led by chief operating officer Nitin Seth. His team took 24 months and spent about Rs 350 crore to develop the platform. Ten days ago, ALL launched two products under the BADA Dost rubric (2.99-3.5 tonnes). The management also announced that a new product would be launched every three months for the next two and a half years.

“The platform will help ALL expand in the global market, considering that new vehicles will now be available in both right-hand-drive and left-hand-drive options,” said Vipin Sondhi, ALL managing director and CEO. He added that electric variants were also in the offing. Countries in the Gulf, Commonwealth of Indendepdent States, Africa and SAARC are ALL's new target markets.

Seth said the company is targeting a four-fold increase in ALL’s annual LCV volumes over the next four years — from about 50,000 units now to 200,000 units. He pointed out that the LCV market as a whole grew 6 per cent (year-on-year) in August 2020, which indicates an uptick in demand. “This means we are building up to good festival sales in October. ALL's LCV sales have been growing month-on-month — 1,154 units in May, 1,639 units in June, 3,070 units in July and 3,736 units in August. September sales will be even better,” he said. 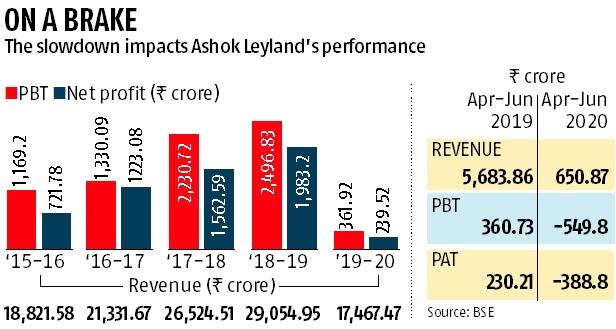 According to a note from Edelweiss Securities Ltd, the Phoenix platform will bolster ALL’s ambition to widen the addressable LCV market and help the company de-risk business from the sharp cyclicality of medium and heavy CVs. SPA Global estimates that the Phoenix platform is likely to help the company increase its market share from 9 per cent in FY20 to 14-15 per cent in FY22.


Meanwhile, with defence production being opened to the private sector in a bigger way, this business, which accounts for about 10 per cent of ALL's top line, is likely to be the other thrust area. ALL’s defence business expanded its portfolio by foraying into tracked vehicles and has been supplying aggregates and components for the T-72 and T-90 battle tanks since last year. In 2019-20, ALL supplied 359 completely built up units for various defence logistics applications. Now it is working on enhancing exports volumes for its products. Sondhi also pointed out that now that the defence ministry has embargoed the import of 101 defence items, there will be a number of indigenised developments that will bolster the defence logistics industry.


“We have many of the platforms in service with the defence ministry. We can capitalise on existing platforms as well as on our new developments for bullet-proof vehicles and light strategic vehicles. In addition, we have ventured into many tracked vehicle parts development programmes,” Hinduja said. The defence vertical is a high-growth area for us,” he added.