Are car recalls losing their stigma in India? 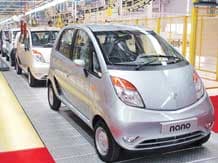 In November 2010, sales of Tata Motors' Nano dipped to a record low of 509 after instances of the small car catching fire made news. The company asked about 70,000 Nano buyers to bring their cars back to the dealers to get the exhaust and the electrical systems upgraded free of cost. Later, in December 2011, Tata Motors again asked 115,000 Nano owners to bring back their cars to dealer outlets to replace the starter motors of the vehicles. It, however, insisted that the exercise was not a 'recall' but an attempt to upgrade the vehicle for better performance.

Nano's fortunes might not have turned around much since, but the practice of companies recalling vehicles no longer seems to be a taboo in India which is poised to become the third largest car market in the world by 2020.

Since industry body Society of Indian Automobile Manufacturers (SIAM) announced the voluntary recall policy in July 2012, specifying that companies must follow standard procedures on detecting manufacturing defects, manufacturers have recalled close to 700,000 vehicles. "Recalls give an assurance to the customer that even if there is the slightest problem, the manufacturer will fix it," says SIAM President Vikram Kirloskar. "It gives the customer confidence that the industry is transparent. I am very happy with the voluntary recall policy announced by the industry. It is a sign of progression, not regression."

Kirloskar's contention is vindicated by behavioural patterns of Indian consumers over the last couple of years. In the most recent instance, the country's largest car maker, Maruti Suzuki India, recalled 42,481 units of its popular sedan, the Swift DZire, to replace a faulty fuel tank component.

This was the third time that the company recalled the DZire. Earlier, Maruti Suzuki had recalled 581 units of the DZire in October 2013 and 4,505 units in April 2011. Sales of the DZire have remained unaffected by these recall exercises. Priced between Rs 4.85 lakh and Rs 7.32 lakh (ex-showroom Delhi), the DZire was the largest selling sedan in the country in the last financial year. In fact, demand for the car increased 16.6 per cent to 197,685 units in FY14, despite the overall slowdown in the passenger vehicle market.

The change in the perception of consumers and manufacturers towards vehicle recalls is also evident in the success stories of Ford and Honda. Ford recalled 972 units of the diesel EcoSport within two weeks of its launch in June 2013. The recall did not deter customers from going ahead and purchasing the car in large numbers. The EcoSport sold 45,008 units last fiscal. The vehicle contributed as much as 53 per cent to the company's sales in the domestic market last year. Riding on its success, Ford, which had registered a decline of around 17 per cent in domestic passenger vehicle sales in FY13, grew volumes by 9.38 per cent to 84,469 units in FY14.

Honda Cars India too, which recalled 42,672 units of the City in June last year, has seen an overwhelming response for the sedan since it introduced the fourth generation model in January this year. The new City is available in both petrol and diesel variants and has overtaken rival Hyundai Verna in sales in the segment. "We have received very good response and have already sold around 30,000 units of the car," says Jnaneswar Sen, senior vice-president (marketing & sales), Honda Cars India.

Kirloskar explains, "If there are technical glitches, there is no reason to hide that because if you do not share that with your customer, then it could result in serious issues."

Over the past two years, the voluntary recall policy has clearly spurred vehicle manufacturers to pro-actively recall vehicles. Now the government is also looking closely at a mandatory framework, prompted by General Motors India recalling 114,000 units in July 2013 of the multi-purpose Tavera, being manufactured since 2005.

The US-based automaker, at the time, admitted to the government that an internal probe had revealed that its employees had violated testing norms and in order to meet specified emission norms, had re-fitted the already approved engines in the new Tavera models sent for inspection. The company also said the executives had tinkered with the weight of both the BS-III and BS-IV variants sent for testing to meet emission standards. The recall led to the removal of 20 employees across India and the US.

Unlike the developed markets such as Europe, Japan or the US, India still has no mandatory recall policy. The government is, however, in the process of framing a mandatory recall policy that could levy penalty in the form of fine or could even stop production. The policy, expected to be announced shortly, might require completely new legislation or an amendment to the existing Motor Vehicles Act and the rules framed under it. "Legislation might be required for specific penalties," says an official from the heavy industries department. "The current law is only regulatory in nature and takes care of the processes inside the factory but in the case of recall, the nature of offence is different," he adds.

Unlike the voluntarily recalls by automobile companies, under the new policy, the government would be able to conduct tests on vehicles in use, either on its own or based on complaints and accidents. The check could be at the dealer level or on road. Penalties would be imposed even if the recall is voluntary. Besides, a time frame would be set for fixing the defects.