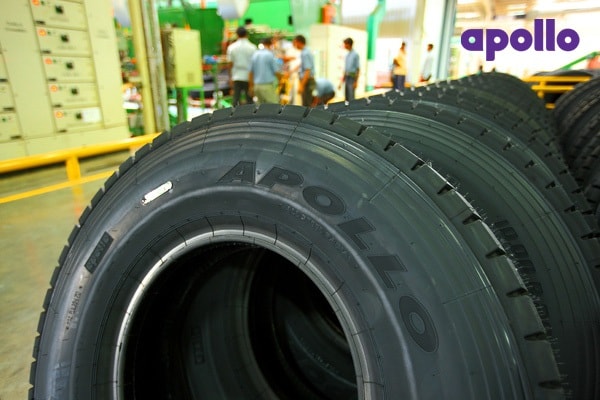 The company, whose board on Tuesday approved raising of up to Rs 750 crore through private placement of non-convertible debentures, had posted a net profit of Rs 284.44 in the same quarter last fiscal.

Apollo Tyres Chairman Onkar S Kanwar said: "Despite the challenges posed by the Chinese imports, we have seen increased demand for our products from both OEs (original equipment manufacturers) and the replacement market across product categories in India."

The company's newly-launched two-wheeler tyres have also been very well accepted by the customers, he added.

"With the increased truck-bus radial capacity kicking-in the next 2-3 months, we are well poised to a higher volume growth in the fiscal," Kanwar said.

While Indian operations clocked a revenue growth of 6% in the first quarter of the current fiscal, as compared to the same period last fiscal, European operations revenue grew 10%, the company said.

Some of the new products introduced in the Indian market, including the newly launched two-wheeler tyres, have seen good demand, especially in the replacement market.