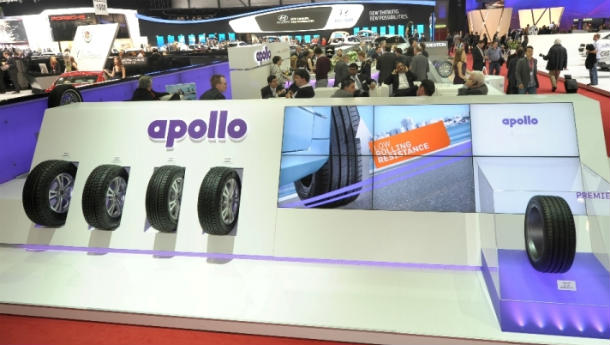 The Delhi-based company, which sells passenger and commercial vehicle tyres in India and other parts of the world, is scouting for locations in countries like Indonesia and Thailand, which are vehicle manufacturing hot-spots, for a manufacturing plant.

After China and India, countries from the southeast Asian region are one of the fastest emerging automotive markets globally, having manufacturing presence of almost all global automotive brands.

Apollo's expansion targeted in the Asian region comes after its finalisation of plans in Europe and Brazil, where it is collectively investing Euro 400 million (Rs 2,640 crore) in setting up facilities in the next three-four years.

According to a senior executive, its merger and acquisition team is looking at inorganic growth in these regions. It is also scouting for suitable locations for a new manufacturing plant. The company chairman Onkar S Kanwar said, "We are looking at two-three countries other than China, most probably it could be Thailand or Indonesia. We are looking at both opportunities, organic and inorganic. We are in the process, I cannot say anything now, it’s too early. We keep looking out, we have an M&A team."

About 40 per cent or little more than Rs 3,600 crore of Apollo's revenue comes from outside the country through brands such as Vredestein, Apollo and Dunlop. The company has four operational plants in India, having a combined production capacity of 1,200 tonnes a day.

The company is targeting to reverse the trend in the coming three years, where international turnover is expected to cross $3.3 billion (Rs 16,500 crore). Outside India revenue would thus account for 60-65 per cent of the total turnover of the company.

By the subsequent additions to its production capacities, the tyre making company is looking to break into the league of world's top 10 tyre producers by 2016 on a consolidated basis. At present, the company is ranked 16th in the world.

"By 2016 we should be a $6 billion (Rs 30,000 crore) company, right now we are $2 billion (Rs 10,000 crore). We are targeting organic growth but we are looking at other growth opportunities too, like companies which are available,” Kanwar added.

While its competitors, such as MRF, Ceat and TVS Tyres, are flexing their muscles in the voluminous segment of two-wheelers, Apollo has decided to stay away from this segment due to low margins. MRF, thus, remains the market leader in India by tonnage. Apollo Tyres is in the car, utility vehicle, truck and bus segment.

Speaking on two-wheelers, Kanwar added, "We do not have any plans to get into the two-wheeler segment. Because that is a very low technology (market) and we have very high-spend on marketing and advertising. We are looking at the higher-end (of the market)."