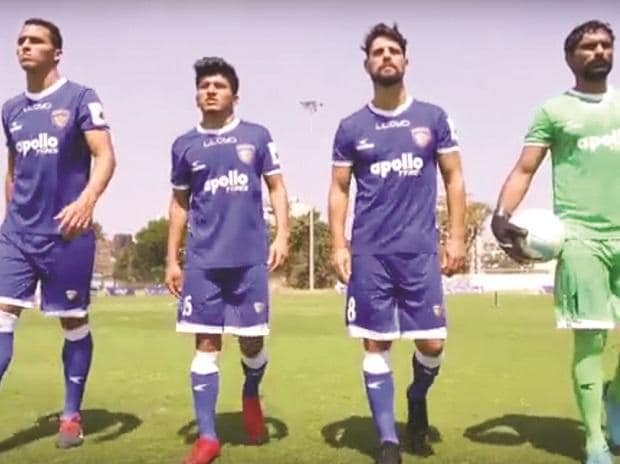 Five years ago, when Apollo Tyres formed a branding tie up with the Manchester United (Man-U) Football Club for a few European countries, not too much was set in store by the association. In a cricket-crazy country such as India, brands have rarely found profit in their pursuit of any other sport and it was assumed that the tie-up would be limited to branding initiatives outside the country. But fortuitously for Apollo Tyres, the sport found itself riding the crest of a popularity wave especially among young professionals through 2013-17, giving the brand visibility and recall while helping it to stand apart from rival MRF Tyres that has had a long association with cricket.

According to television audience measurement agency BARC, overall non-cricket properties contributed to 20 per cent of the live matches viewership in 2017. “Within this, approximately 80 per cent of the viewership contribution comes from just six properties —Pro Kabaddi League, Indian Super League, Rio Olympics 2016, Kabaddi World Cup 2016, Premier Badminton League, and Hockey India League,” it said in its report, ‘The rise of Indian Leagues’.

Apollo has been a beneficiary of this trend and quick to leverage its associations with football. The company’s tie up with Man-U is now a global one and in 2017, it tied up with domestic teams and football leagues.

Tyre brands are traditionally associated with sports and football was more accessible in terms of the cost of association, also it reached the young consumer—a category that Apollo is targeting more closely now—and the sport has a global following. Satish Sharma, president, Asia Pacific, Middle East & Africa (APMEA) at Apollo Tyres said, “Very few sports deliver a global profile and awareness like football.”

The company is the principal sponsor of Chennai-based Chennaiyin FC and is partner sponsor for the Indian Super League (ISL). Apollo is also title sponsor of the Mohali-based I-league team, Minerva Punjab FC. These associations give the brand access to young followers the company said.

Experts say this is smart positioning. Especially since competitor MRF Tyres has an overpowering presence in cricket, which is still the biggest draw for brands besides Bollywood. Cricket is also an expensive association, to be a partner brand with high logo visibility on jerseys would cost at least five times more for an Indian Premier League team than it does for an Indian Super League (ISL) for football.

Sharma agrees and adds that tyres are a dynamic product category and sports is therefore a natural brand fit. Within sports he believes that football allowed the brand a distinctive identity, helping it stand out from the crowd that flocks to cricket.

The Man-U association particularly was meant to establish a unique identity for the brand with global auto companies. At the time Apollo was also looking to acquire the American firm Cooper Tires but the deal subsequently fell through. In the current season, Apollo says it has made the brand visible in over 50 per cent of all English Premiere League matches. In Germany, the largest European tyre market, it has an association with Borussia Monchengladbach, one of the oldest German clubs playing in Bundesliga.

Football is a good fit for India too says Sharma, debunking the myth that cricket is the only way to reach out to the masses. “Cricket is a me-too strategy. Apollo wanted to differentiate the brand. Football has also helped the brand to be more visible among the young generation,” said Sharma.

Bijoor said, “It makes sense for Apollo Tyres and others to tie up with a football league, Pro Kabaddi league or a cricket team, because awareness leads to interest in the product. Sports are high awareness creation tools today. MRF has used it for decades. A tyre company fits in anywhere from kabaddi to jallikattu, because anything connected to energy, verve, vigour works well for such brands.”

Analysts say, while cricket still remains the popular choice for most brands, other sports are gaining ground. It has helped that brands now have a definitive measure of reach and viewership numbers too say analysts. According to BARC, non-cricket sports such as football and kabaddi have been steadily garnering more viewers. In India, the ISL tapped into 280 million viewers for the recent season, while this is half the numbers notched up by cricket’s IPL, it is still a significant number say analysts.

The association with football is being taken further through campaigns such as ‘Go The Distance’ says Sharma. Besides emphasising the brand-football connections, it helps tie the association up neatly with the core product.  As part of the campaign, the company uses recycled rubber to make football pitches and organises camps for children in association with the Manchester United Soccer Schools, both in India and the United Kingdom.