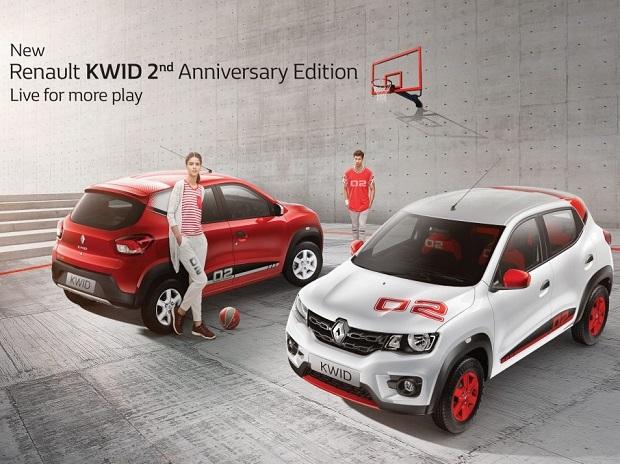 The anniversary edition Kwid will be available only in manual transmission. The Kwid 02 carried forward interior features such as 7-inch touchscreen system and digital Instrument cluster from the existing variant.


In addition, the anniversary edition offers red and white colour options with 02 Badge and the Angular 02 Badge on the hood. Additionally, the car also gets Sportline graphics on C-pillar and roof, two-tone gear knob, Sportline seat upholstery with 02 Insignia, Sportline painted style wheels and Sportline floor mats with 02 Insignia.


Renault Kwid has been the bestselling car in the stable of Renault. Till July, Renault managed to achieve the sales number of more than 1,75,000 units.