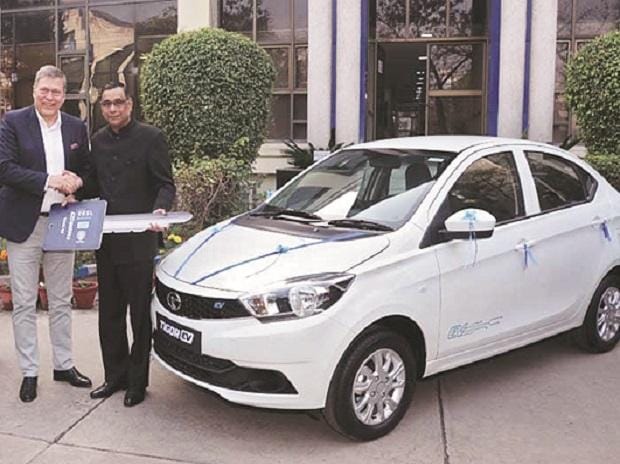 The ambitious e-car programme of Energy Efficiency Services Ltd (EESL) has had a slow start with less than one-tenth of the proposed 10,000 cars hitting the road so far. The firm, which is leasing these cars to government departments, said delays happened due to the time taken in various approvals on the ground.

“We should have had more than a thousand cars deployed by now. But we have less. The registration process for an electric vehicle is different and we did not realise this. Nobody had registered so many cars for a government department at one time. We have to register vehicles in thirteen districts of Andhra Pradesh. It takes a while for the system to move. These small things add to the time,” said Saurabh Kumar, managing director, EESL.

Tata Motors and Mahindra and Mahindra emerged winners in the tender for supply of 10,000 cars worth Rs 11 billion to EESL last September.


“The number of 10,000 was based on a certain assessment of demand since half a million cars are being used by the government departments. We wanted to convert a small per cent into electric at the behest of the ministry of power,” he said. EESL is promoted jointly by central power public sector undertakings.


According to EESL, the cars that have been leased so far have cumulatively run a million kilometres. In Delhi, almost 300 cars are deployed and being used by the Prime Minister’s Office, Finance Commission, and NITI Aayog among others.

ALSO READ: India sets a goal of 15% electric vehicles by 2023 to cut fossil fuel use

“These are senior officers and they have not had many complaints. There is no push back. The confidence that now we have is that these cars functionally do not have any problem,” said Kumar.


Kumar said one of the feedbacks received from users was that the range of 130 km brings an anxiety quickly. "If you have to go from Noida to Gurugam you may not take this car. That problem will go away with a higher range,” he said. These cars, EESL said, are able to deliver an on road range of 120-125 km with air conditioning and 100 to 110 km with an AC.


Besides the government offices in Delhi, states like Andhra Pradesh, Madhya Pradesh, Jharkhand are leasing these cars. "Andhra Pradesh signed for 10,000 cars and wanted about 800 every month. They also announced an EV policy but its notification happened last month. They have waived registration charges and road tax. So, we waited for the notification," said Kumar.


"It is slowly but surely growing big. In the next three-four months, we will definitely look for another tender. We will decide on the numbers for the second tender after a demand assessment once again since we may have more choices. A number between 5,000-10,000 should be adequate otherwise manufacturers will not get excited," said Kumar.


He said the exercise had brought learning and it had stimulated the automobile industry while starting the creation of an ecosystem for e-mobility.