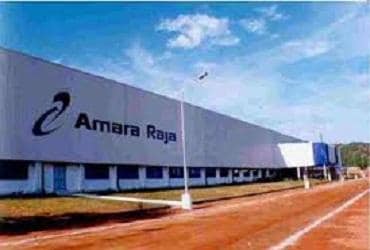 Amara Raja Batteries has surged 8% to Rs 860 on BSE in intra-day trade after the company reported a better than expected 17% year-on-year (Y-o-Y) growth in net profit at Rs 1.98 billion for the quarter ended December 2017(Q3FY18), on back of higher volume growth.

Net revenue from operations during the quarter under review grew 17% at Rs 15.53 billion, against Rs 13.27 billion in the corresponding quarter of previous fiscal. EBITDA (earnings before interest, tax, depreciation and amortization) margin improved to 15.6% from 15.4%.

Analysts on an average had expected profit of Rs 1.24 billion on revenue of Rs 15.05 billion for the quarter.

The industrial battery business recorded significant growth in UPS segment and volumes in telecom segment have seen a jump over previous quarter even as overall demand in telecom continues to be subdued, it added.

"The robust growth numbers reported from auto sectors augur well for the company and we have been able to strengthen our position in both OE and replacement market segment," Amara Raja Batteries CEO S Vijayanand said.