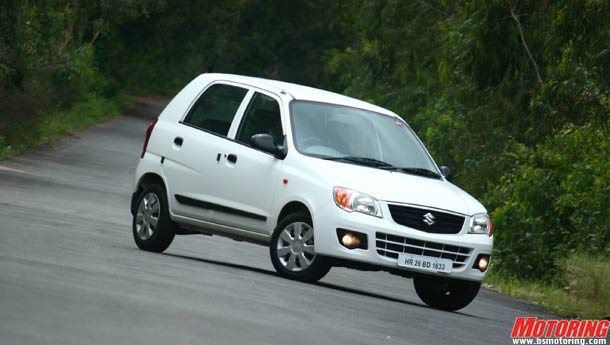 The Maruti Alto became only the second Maruti ever to reach the 2 million mark this month. It's been 11 years and 9 months since Maruti launched the car in India. It was the fastest to sell 10 lakh units in the domestic market. Within 8 years and 3 months. The next ten lakh units came much faster within three years and 6 months.

The Alto has been Maruti Suzuki's as well as India's largest selling car for a while now. Only this month, it was toppled by Maruti's very own Swift which sold marginally higher than the Alto.

On the occasion, Mr. Mayank Pareek, Chief Operating Officer, (Marketing and Sales), said, “Alto’s superior fuel efficiency, compact sleek design, good manoeuvrability and overall low cost of ownership are the attributes that make it the best car for the first time buyers. Alto as a complete package continues to win customer’s hearts and surprise everyone with its performance.”

Encouraged by the demand for the Alto, Maruti Suzuki launched a powerful K-Series engine in an Alto K-10 avatar in August 2010. At the same, they also introduced a CNG variant of the Alto.

Surprisingly, our very own home grown Tata Nano hasn’t shared the same success as the Alto, but that's a story for some other time.