All you want to know about the all-new Audi Q7

Audi has plans to launch the all-new Q7 in India in mid 2015. The new Audi Q7 is lighter, more efficient and gets a thorough refresh all around with advanced technological features. Audi Q7, which has been first launched in 2006, has been sold over 510,000 units globally. The new Q7 sits on an all-new MLB 2 platform, which will also underpin the next Porsche Cayenne and Bentley Bentayga SUV. The second generation Q7 has lost an amazing 325 kg while being 37mm shorter, 15mm narrower and retaining the same height as the current model.

On the outside, the car looks much dapper and the weight loss is immediately evident. In the front, the new Q7 gets a large 3D hexagonal singleframe grille flanked by double-arrow design headlights (either xenon, LED or Matrix LED technology, depending on the option) with LED daytime running lights. LEDs are put into use for the tail lights as well. As to the weight savings, 67 kg was stripped away in the front and rear five-link axles, while 71 kg and 24 kg was saved with the multimaterial body-in-white and in the all-aluminium door panels respectively. 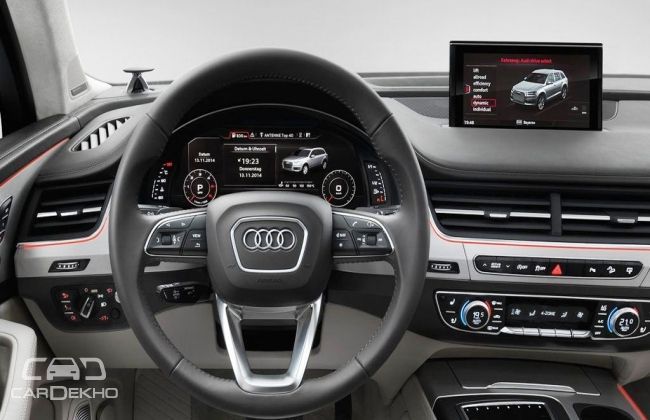 Inside, the new Q7 gets the Audi virtual cockpit, first previewed in the new Audi TT. A 12.3-inch TFT display replaces the analogue dials and can be switched between a classic view with high-quality rendered dial instruments and an infotainment view with an extended display area for lists and the map, everything controlled from the steering wheel. The new second gen MMI Touch infotainment system comes with the latest MMI navigation plus with large touchpad and ultra-clear 8.3-inch electrically retractable monitor. Customers can also trial access to Audi connect, which brings internet-based services to the car via a fast 4G connection and also creates a mobile Wi-Fi hotspot enabling occupants to go online using handheld devices. 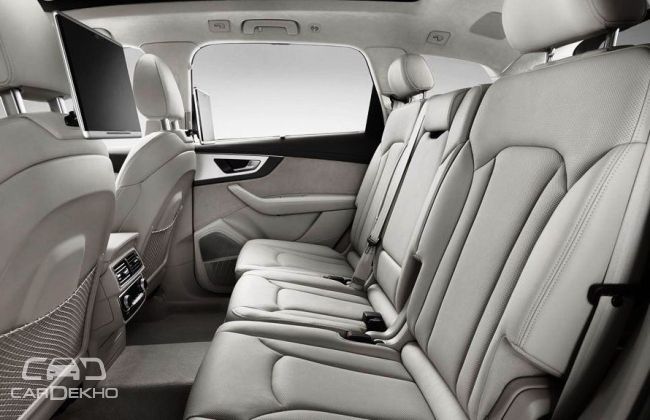 Rear seat passengers can make use of Audi tablet that will also be offered in the longer term. The detachable tablet can be connected to the MMI navigation plus via WiFi, to access radio, media, navigation and car functions of the Audi Q7. With the Audi smartphone interface, passengers can use “Apple Car Play” and “Google Android Auto” for online music, navigation functions, missed call/appointment reminders and messaging functions. Over time, these will be joined by numerous third-party applications such as Pandora, Spotify and WhatsApp.

Two high quality audio systems from Bose and Bang & Olufsen will also be available, both delivering remarkable 3D sound through the use of additional speakers in the A-pillars which provide the spatial dimension of height so that the music appears to be coming from a large virtual stage. The Bang & Olufsen system drives 23 speakers including subwoofers with 1,920 watts of amplifier power. 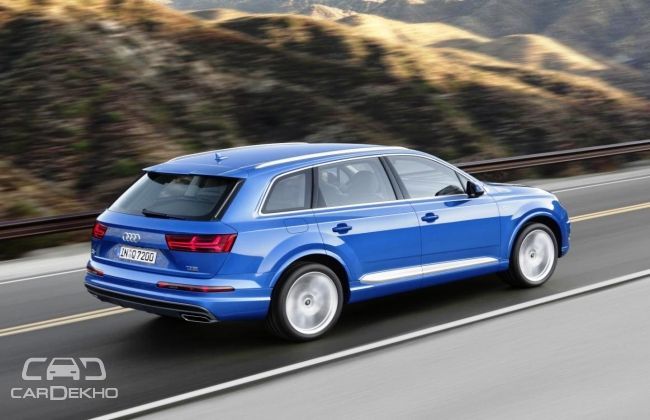 The new Q7 is powered by a EU6-compliant 3.0 TDI engine producing 272 PS and 600Nm of torque. Mated to an eight-speed tiptronic transmission with a fuel-saving freewheeling function and quattro all-wheel drive, the new Q7 can sprint from 0 to 62 mph in just 6.5 seconds on to a top speed of 145 mph. A 218 PS version of the 3.0 TDI quattro may also be made available later.

The Audi drive select adaptive dynamics system gets five driving modes – auto, comfort, efficiency, dynamic or individual. The feel of the electromechanical steering can also be influenced by this system, as can the optional adaptive air suspension system, which also adds an allroad and lift/offroad function to increase ground clearance by 25mm and 60mm respectively. 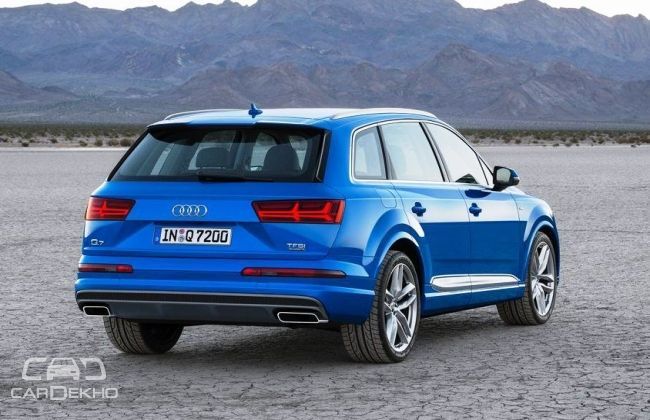 Other standard features include hill hold assist function incorporated into the electronic handbrake and the hill descent control program, which automatically controls the speed of the car on steep terrain, pre-sense city, which at lower speeds warns the driver of impending collisions with other vehicles or pedestrians and will initiate heavy braking in an emergency. In case of a collision, the multi collision brake assist system uses controlled braking to help to prevent the car from skidding and thus avoid additional collisions. 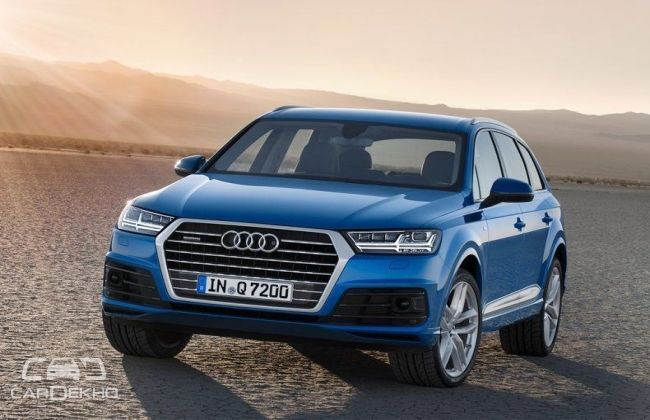 Other driver assistance systems for the new Q7 include adaptive cruise control with stop & go incorporating a traffic jam assistant, predictive efficiency assistant system that uses the route data from the navigation system to alert the driver to situations in which it would make sense to reduce speed, such as before bends, towns or speed limit signs that are not yet visible. The system works with adaptive cruise control (ACC) and traffic sign recognition, adapting the preselected speed to the route and the speed limits. The predictive efficiency assistant can also take over predictive control of the free-wheeling function of the eight-speed tiptronic and has the potential to reduce fuel consumption on interurban roads by as much as ten percent.