All you needed to know about Renault - Got some lozenges? 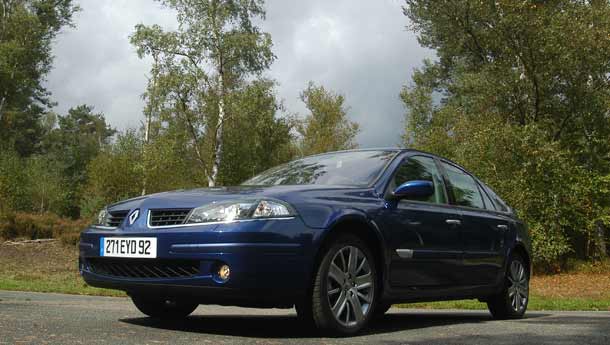 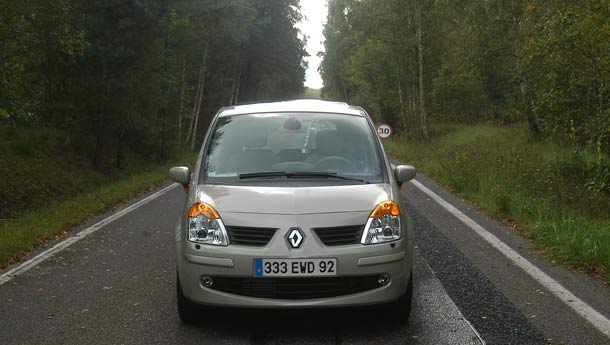 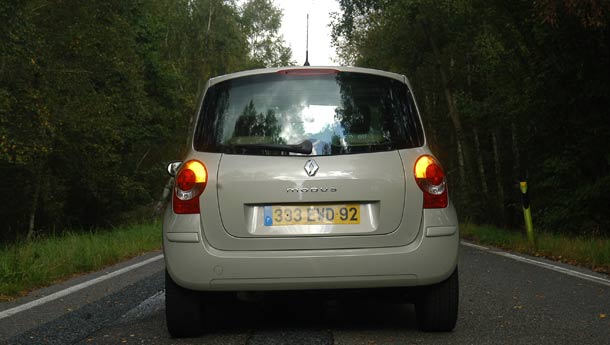 In 2005, they produced 2.5 million cars and LCVs, and thanks to their venture with Nissan, are the fourth largest automotive group in the world. They have a car making history that stretches over 100 years. They have been at the forefront of motorsport for years and are all set to grab a second consecutive F1 constructor’s championship title this year. I am of course talking about Reno... Renalt... Renought... Renolt... Er, it’s spelt Renault. And yes, they are French.

Now why are you suddenly reading about one of the largest automakers in Europe? One, they are on their way to India, and two, last month I went on a familiarisation trip to France to know more about them. As you probably know, in February 2005, Mahindra & Mahindra entered into a 51:49 joint venture with Renault to produce the Logan in Nashik. Now, the Logan is a made-for-emerging markets sedan that will be on sale in our country before the first half of next year. It was developed by Renault through Dacia, a Romanian carmaker, and surprisingly has been a major success even in countries with mature automotive markets. The reason is pretty simple, it has Renault’s most contemporary underpinnings, is built well, and though it looks stolid, wears a super value-for-money price tag. At the just-held Paris Motor Show, Dacia also showcased an MPV/estate version of the Logan (called the MCV or the Multi Convivial Vehicle!), and three more variants are due in the future, spun off from the same platform. Who knows, a few of them may even make it to our roads.

But none of the cars that you see here are the Logan, they are examples of some of the several interesting machines that Renault makes – the Logan test drive is still a few months away, so you’ll have to hold on for a while. Before I tell you how these cars were to drive, I could tell you about Le Technocentre Renault, a massive, futuristic complex about 30 km from Paris where the design and development of future Renaults is being done. Over 12,000 people work at the state-of-the-art Technocentre, and they do some cutting edge work on safety, driving dynamics and a whole lot of other stuff, including Renault’s strongest feature, distinctive design.

Or I could tell you about 650-odd cars that Renault has collected and collated for their historical collection. These are examples of cars that Renault has been making since 1898 and are representative of each significant era in its history. Phew. Or I could tell you about their achievements in motorsport – in rallying, in endurance racing, in Formula One, in all forms of circuit racing and the historic racing cars that I saw. Or about their F1 engine development and testing facility close to Paris, which also functions as a museum for the kind of powerplants that Renault have been making to win in the acme of motorsport.   Heck, I could even tell you about the unassuming but supremely capable ex-president and CEO of Renault, Louis Schweitzer, who engineered the Renault-Nissan Alliance (‘it’s an alliance, not a takeover’) and envisioned a more global Renault. And of course, his legendary successor, Carlos Ghosn, who was instrumental in changing the southward heading fortunes of Nissan and is now propelling the Renault-Nissan Alliance in a new trajectory. For Renault, Ghosn has put together something called Commitment 2009, which will make the French carmaker the most profitable European car company (up the quality of the next-gen Laguna to Mercedes/BMW levels, earn six percent in profits and produce 800,000 units more!). 2009, by the way, is just three years away.

Which is all fantastic indeed, but to me, the blue-liveried special F1 Team three-door Megane was more immediate. A special edition of the Megane II Sport Hatch, this radical looking machine wearing low profile 18" rubber boots celebrates Renault’s F1 win in 2005 in its own way. It is powered by a turbocharged 2000cc 16-valve inline-four that pumps out 225 horses and over 30 kgm of torque, mated to a six-speed manual. Okay, it may be underpowered compared to the machines that Alonso and Fisichella pilot, but it is a hot, hot hatch.

I was at the fantastic Mortefontaine test track where I had a cool 5-km circuit to throw the car around in. The track is used for evaluations by several car makers, and Renault had cordoned off a sizeable portion of the entire setup for us. They had lined up most of the cars in their stable, including the much maligned Vel Satis, the fancy Megane coupe-cabriolet and the Espace. But I am, as you can see, a bit of a nitpicker.

The F1 Team Megane’s motor is really, really angry and is on the boil all the time... even without you intending to go a bit hard on the drilled pedals. Not surprisingly, Renault claims a 0 to 100 kph time of 6.5 seconds and a top speed of 236 kph. The chassis of the Megane II is brilliant, and it makes flicking the car around so much fun. It actually encourages you to slide it around corners, which you can correct with just a dab of opposite lock. Many may love the engine, and others may love the eagerness of the chassis, but I just loved the steering. A sporty, three-spoke unit, the steering was immediate, telepathic and offered clear feedback. If this car was my daily driver to work, I swear I wouldn’t miss a single day at office.

Even if I had the Megane 2.0 Turbo, there would hardly be any ‘absent’ notations in the office register. But I might have some late marks for sure, because this version of the Megane Sport Hatch isn’t as powerful as the above-mentioned F1 Team special edition – and it takes 8.3 seconds to attain the 100 kph mark from standstill. The 2000cc inline-four 16 valver is force-fed to develop 165 bhp and 16.5 kgm of turning force. Which is not bad actually, because it’s still a hatchback. The turbo lag is more pronounced than in the previous car, but it exhibits the same trigger-happy tendencies in spirit. It just begs for hard cornering, and since I knew that there were no vehicles coming in the opposite direction, I could take some really tight lines. The Megane three-door chassis is so nimble, flickable and engaging, that I feel like repeating it once more – it’s really that nimble, flickable and engaging.   One car I was keen to sample, though nowhere in the Megane Sport Hatch league, was the Laguna 2.0 dCi 175. The reason is that I have always had a soft spot for the Laguna, even for the last generation version. There’s something so refreshing about these midsize Renaults in the way they look. Another thing I wanted to check out in this particular model was the vaunted diesel motor. This new-gen engine will be most popular in Renault’s turbodiesel range. Displacing 2000cc, the 16-valver develops a massive 175 bhp and over 36 kgm of torque. Good enough, Renault claims, for this five-door Laguna notchback to attain 100 kph in 8.4 seconds and a top speed of 225 kph. There is no drama below 1800 rpm, but once it’s past this magic figure, there’s no stopping this large hatch. With stylish alloys and sticky 215/45 17-inch Michelin Pilots, the Laguna sticks to the tarmac like a long-lost lover. The driving position is sporty, the gear lever is a finely machined brushed silver globe and heck, there is a start/stop button too! So did the other two, but hello, this is a diesel car.

And at the other extreme is the highly utilitarian Modus, a proper tall-boy five-door hatch in the European mould. Looking different without being overtly quirky, the Modus is a car that is best appreciated on the psychotic streets of Paris rather than on the test-track. Yet, the car’s super underpinnings make sure that it handles and rides well, and even if you’re a little enthusiastic with the pedal, it is all-forgiving. Just as well, as the Modus shares quite a few things below the skin with the Logan. A 1500cc four-cylinder dCi turbodiesel powers this Modus, allowing a decent 85 bhp and a cool 21 kgm of torque – a clever little engine that promises not only to be fuel efficient but enjoyable to drive too. And who knows, it may power the Logan too. In this Modus, this engine was paired to an automatic that made driving breezy. It would be a great city car – for a diesel automatic, it is quite engaging and peppy, actually. If this was my daily driver, I swear I would drive to work every day, heh heh.

But there was one more juicy car that I sampled, and that too, after pleading, begging and finally throwing a tantrum. It was a Clio Renault Sport – no, not the V6, but a 200 bhp 2000cc version of the latest generation Clio. Yes, the Clio III, that took the European Car Of The Year 2006 honours. It featured a gorgeous rear diffuser, striking cooling vents aft the front wheels and a classic shade of red. But that was only for one lap... which was enough to convince me that I should be going in the opposite direction to the office, out where the roads are twisty and empty. Sigh.

So you know by now that this French carmaker is not just making good cars, but is pretty big... and ambitious too. Doesn’t matter if you cannot pronounce it like the French do – ‘Renaou’ followed by a pout and raised eyebrows, s’il vous plait.