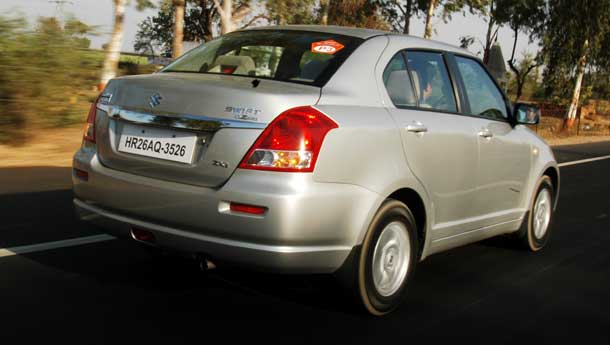 In my mind
I am getting a bit jittery about the personal identification number that Minister Nilekani is promising in 18 months' time. Imagine your license being linked to that number, imagine your bank account being linked too and now imagine speeding tickets being enforced automatically – as in every time you speed, a camera will collect information from your car thanks to a chip, which in turn will allow the government to cut a specified penalty amount from your salary even before it is credited in your bank! Trust me, this is not too far away and it may just be the most brilliant idea after the concept of taxation itself.

In my garage
I am thoroughly enjoying the Skoda Superb 2.0 TDI - so much so that I have logged close to 700 km in just two weeks. A Sunday morning blast to Malshej Ghat (brilliant roads, but almost half of Maharashtra was there to enjoy the waterfalls!) followed by another long drive on Tuesday made me a fan. This car has the looks, space, comfort, engine, performance, ride quality and handling to rightfully claim the D-segment winner slot. Cut-price Passat? No… I would say the Superb is an Audi A6 without the war paint! And more legroom.

The Hero Honda Hunk, on the other hand, showed me its ugly rust spots for the first time. I distinctly remember the ‘triple chromed’ bits of my Kawasaki-Bajaj KB 100 of 1987 vintage – they never rusted! The only bits of chrome in the Hunk belong to the handlebar, exhaust and sari-guard – all these bits are rusting half-way into the rainy season. Nothing an oily rag and some effort cannot cure, but still I am disappointed by the quality on offer.

Car of the week
The Maruti Suzuki Dzire won third position in the Business Standard Strategist brand derby. I was not amused at all. The Dzire satisfies the need of its target audience brilliantly. Right size, right economy (both diesel and petrol engines), right boot and the right amount of prestige too. I have to tell you a story at this point...

A colleague recently asked me which car she should be replacing her ageing Santro with. She had narrowed it down her choice to Maruti Suzuki Ritz already, mind you. She was defensive when I popped the all-important questions, ‘Don’t you want some thing with more prestige value – like a three-box sedan?  Like a Dzire?' The next second she wanted to know the price of the base model petrol version. ‘Roughly Rs 5.5 lakh on road, what say?’ I nailed the deal. Trust me, she didn’t say a word; instead she dialed the Maruti Suzuki dealership to book a car. Dzire magic?  Yup.

Bike of the week
Quick… how many old Indo-Jap two-strokers do you see on the road? Not many Kawsakai-Bajaj KB 100s, not many TVS-Suzuki AX 100s (in some pockets they are abundant, still) either. But you see Yamaha RX100s all over the place. I was glad to spot RX100s across the peninsula during the recently concluded Monsoon Challenge. It looks like the little reed-valved Yammie is pretty indestructible. Back home at Thiruvananthapuram, I found many wearing the famed RD350 stripes – nice homage to an even greater machine indeed. And I love the exhaust note as another boy reaches for manhood by twisting the throttle. It is nice to notice that Pulsar wielding youngsters today have a certain respect for the 11 bhp, thin-wheeled and pin-striped motorcycles – because when ridden by the right chap, the RX100 can leave small capacity four-strokers in a cloud of two-stroke smoke. BSM test rider Kartik Ware just acquired one. And yes, I want one too.

Question of the week?
Can you name the first diesel-powered passenger car?

The Mercedes-Benz 260D – 1936. That bit of information came from an exceptionally detailed book that landed on my desk this week. The rather unimaginatively titled ‘Bosch and the Automobile’ by Professor Dr Walter Kaiser makes one wonder what we would have been driving without Bosch research. Of course the 260D featured a Bosch diesel injection pump.