Volvo has upped its ante in the Indian market and has come out with its all-new version of the XC90 SUV. Volvo wants to become a serious contender and hence has gone all out in redesigning its flagship SUV. We take the XC90 for a spin in the scenic locales of Shillim, near Pune, to explore this premium SUV.


Volvo has traditionally been known for its focus on safety in cars. While it continues to be one of the most important factors for Volvo, the new XC 90 also has bee reworked to offer higher luxury and sophistication. The first glance I had at the Volvo XC90 had me skip a heartbeat. It looked amazing and classy, especially in the Onyx Black shade. The size that definitely canintimidate others on the road is awesome. The new XC90 is bigger than the model it replaces and solely comes into the category of the Audi Q7 and Mercedes GL. We drove the top of the line Inscription variant, which incidentally has is the one to have bagged all the bookings as of now. The first thing you notice are the exquisite headlamps, with LEDs running in the middle, which also dubles up as the indicator, followed the full size grille which dons the Volvo logo. From the side the SUV has straight lines without any drama and the rear is typical of a Volvo will tall tail lamps covering the c pillar. The 20-inch multi-spoke alloy wheels look elegant.The new XC90 is longer than the earlier one. The changes to note however are on the inside. 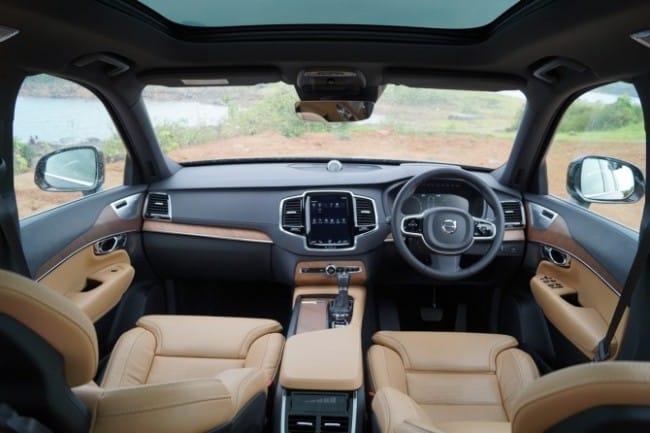 TheVolvo XC90 is known to have one of the finest interiors in its segment and it actually shows why. Volvo believes in simplicity and reality hence the layout it keep simple. The wooden inserts used on the dash and doors are raw and not laminated to offer a real world feel. And believe me, it feels awesome. The dashboard feels classy and houses a nine-inch screen in the centre. This touchscreen is a departure from what we generally see in cars. Volvo has tried and eliminated almost all buttons and this touchscreen operates like a tablet. Yes it does take some time getting used to the interface and it is advisable to spend some time with it before hand. The sound system is nothing short of brilliant. This is a B&W (Bower & Wilkins) system and comes fitted with 19 speakers, that help deliver great sound quality in every portion of the vehicle.The instrument panellights up with dials and has a centre screen too for navigation and other usual details. There is also a head up display that shows the speed and also navigates. 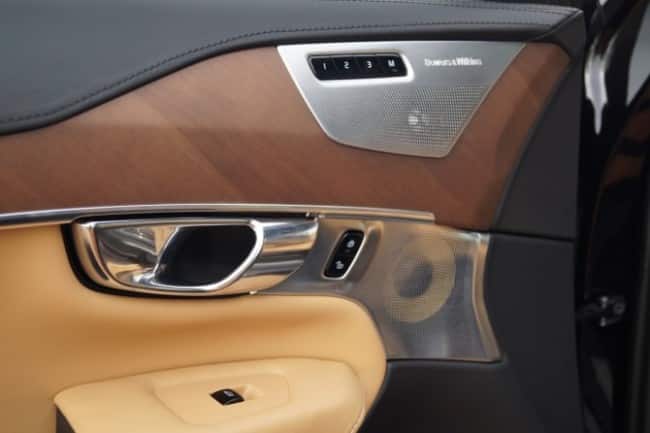 The seats a plush with perforated napa leather, exuding ultimate luxury. The floor console has good space to store cans and accessories. It also houses the drive mode roller button and also the start button, which, for a change, doesnt need to be pushed, but operates with a gentle twist a nice touch I must say! The XC90 is indeed very spacious and that includes the third row. Seldom will u find adults being comfortably seated there. There is generous boot space when the third row in not in use and the seats of the second and third row fold flat. 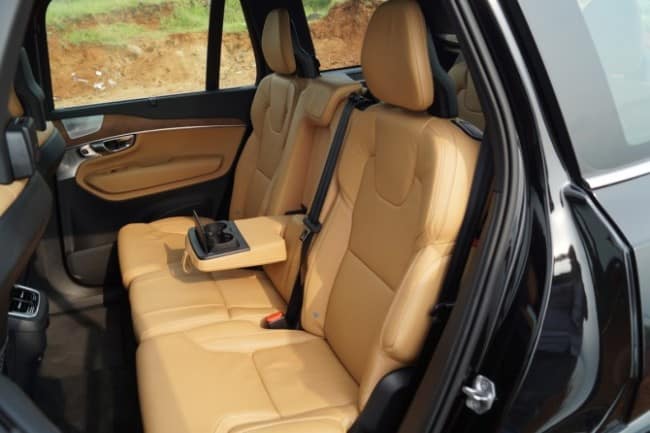 There are lot many small things that make this car special. For example the car automatically lowers itself to allow better access to the loading lip of the boot. Also if your hands are full and you need to open the boot, all you have to is place your foot under the rear bumper and the boot lid will open, vice versa for unloading too. 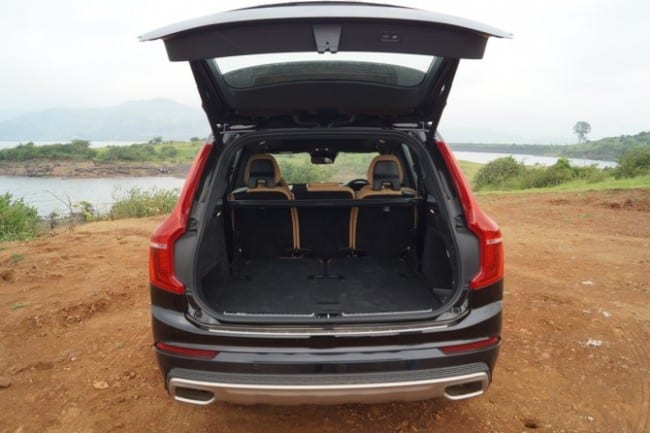 TheVolvo XC90has a 2.0-litre turbocharged diesel engine beneath, which churns out 223 BHP of peak power and 450Nm of torque. While the figures do not look as exciting as some of the competition, thus vehicle offers many a things beyond just performance. The engine is mated to an eight-speed automatic transmission with an All Wheel Drive. The XC90 may but be a scorcher, but is no slouch either. The power delivery is linear and very refined. Infact, this large SUV doesnt make its size felt while driving and handles well too. The XC90 has a brilliant ride and will appeal to those looking for luxury and comfort over performance. Volvo has clearly positioned itself away from the race and comes across as exclusive. The XC90 in India gets the air ride suspension as standard fitment across all the variants. The air ride suspension has four modes - eco, comfort, off-road and performance and switching from comfort to performance mode stiffens the suspensions and had late gear shifts. There is noticeable thud over a sharp ditches which maybe due to the 20 inch wheels. However, it rides smoothly at higher speeds over bad roads. The steering extremely light and easy to use and weighs up at higher speeds. The XC90 is pretty easy maneuver in tight spaces as well. Driving through twisty and broken roads, the SUV imparted a sure-footed, safe feeling. TheVolvoXC90is available in India in twovariants the Momentum and the Inscription, which are priced at INR 79.43lakhs and INR 95.52lakhs (on-road,Mumbai) respectively. This makes the Volvo seems like good value for money when compared to some its German rivals and a steal compared some other smaller and similarly priced SUVs. Also, Volvo claims that it has a nominal service cost, that is much lower than its competition. The Volvo XC90 is meant for the buyer who wants ultimate luxury, is extremely safety conscious and isnt too much into hard driving. The XC90 looks like a rich SUV from outside and pampers you inside the cabin, has good number of features and innovations, is spacious and the acclaimed 'Volvo safety' comes standard. What more does one expect?