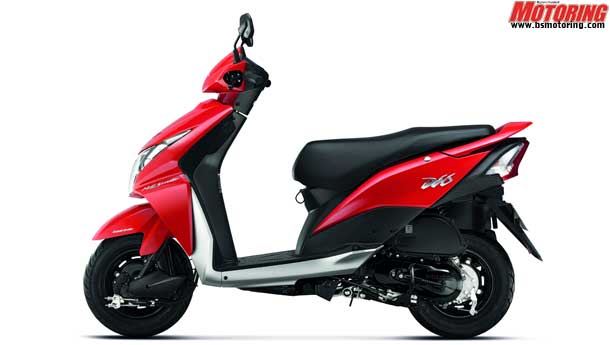 The Dio has been wanting of an upgrade for quite some now, especially with the other two Honda scoots already benefiting from various updates.

This time around, it's the Dio's turn. First and foremost, the Dio, the last of the Honda scooters to be powered by the old 102cc engine, now gets the same 110cc motor that goes into the Activa and the Aviator.It now makes 8 bhp @ 7000 RPM and a 0.86 kgm of torque.

As a result of new engine technology, the new Dio has a claimed mileage of 55 kpl. ARAI fuel economy is said to be 66.7 kpl, a big improvement over the earlier generation.

That aside, the Dio also gets tubless tyres - a first for its segment in the country - and Honda's Combi-brake system makes its presence on the Dio for the first time since the scooter was launched.

But that's not all. Honda says that the Dio's legroom has now grown and the seat has gotten wider. In a bid to reduce spannering time, the Dio also gets a maintenance-free battery and a viscous air filter. All this can be yours for Rs. 42,362, ex-showroom, Delhi.