All New Audi Q7 to Hit Dealerships on December 10

Soon after the launch in Malaysia, Audi is all set to bring its flagship SUV in India. The all new Audi Q7 is expected to reach Indian dealerships on December 10. It was launched at a price of RM 589,900 (Rs. 91.06 lac approx.) in Malaysia for the 3.0 TFSI Quattro variant. The new Q7 initially will be introduced as a CBU unit but local assembly is expected to start soon at Audi’s Aurangabad plant in 2016.

The car has changes which can be noticed all around. The new Q7 is 5,050mm long, 1,970 mm wide and has a wheelbase of 2,990mm. Compared to its predecessor, the car is 37 mm shorter, 15 mm less wide and has a 12mm shorter wheelbase. New Q7 houses a 3.0 TFSI supercharged V6 engine that produces a maximum power of 333 bhp and a peak torque of 440 Nm at 2,900 to 5,300 rpm. The motor comes mated to an 8-speed tiptronic transmission which helps it accelerate from 0 to 100 kmph in just 6.3 seconds, 1.6 seconds faster than the previous model and go all the way up to a top speed of 250 kmph. Also, the new model is 300kg lighter, courtesy to the smaller dimensions and new construction. 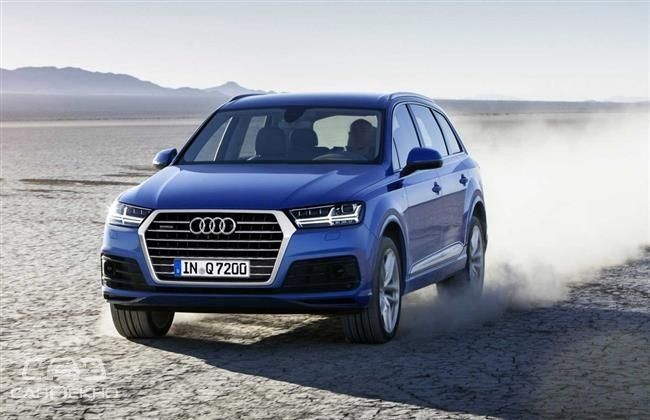 Tweeks on the outside include a new, more aggressive grille, reworked angular headlamps, new rectangular LED tail-lamps and new bumpers at the front and back. Interiors also have been reworked to have a standing infotainment display, neat and clear layout on dash and console, new Media center knob and a new gear leaver. Adding to these, the SUV in India is expected to feature all gizmos like leather seats with electric adjustment, a new infotainment system connected to a 19-speaker Bose audio system, touchpad with handwriting recognition, panoramic sunroof, four-zone climate control, an electric folding third row, a 360-degree camera with park assist, Matrix LED headlamps, Audi’s ‘Virtual Cockpit’ all-digital instrument cluster and Drive Select and air suspension.