All New 2016 Volkswagen Tiguan Spotted Posing for the Cameras

The next generation 2016 Volkswagen Tiguan was spotted posing for the camers in Canada. The crossover has its unveiling due in the upcoming Frankfurt Motor Show 2015. This is the first time the car has been seen without a disguise shooting for an advertisement. 2016 Tiguan will make its entry in the Indian market in 2016 and will most likely be assembled at the VW factory in Chakan. 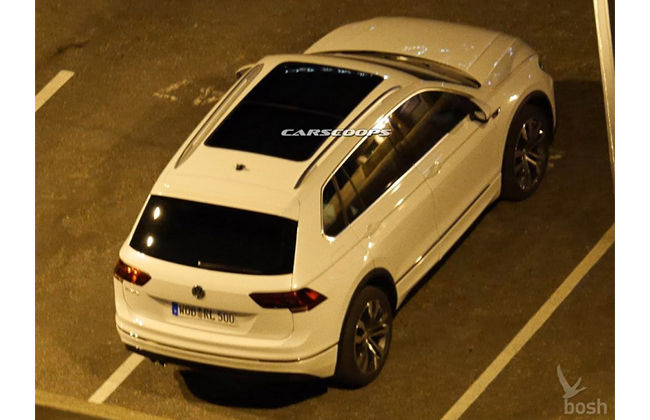 2016 Tiguan is based on Volkswagen Group’s Modularer Querbaukasten or MQB platform which is about 100 kgs lighter than the ongoing PQ35 platform. Because of the new platform, the car is expected to house 1.4 TSI and 2.0 TSI engines. In the diesel department, the car is expected to be powered with a 1.6 and 2.0 TDI. These engines are also used by 2015 VW Golf which is also based on the German’s MQB platform. The SUV might also feature the Golf GTE's hybrid motor and the e-Golf's all-electric unit. For the transmission, Volkswagen will either opt for the newer 10-speed DSG automatic or will continue with the old 7-speed DSG box. 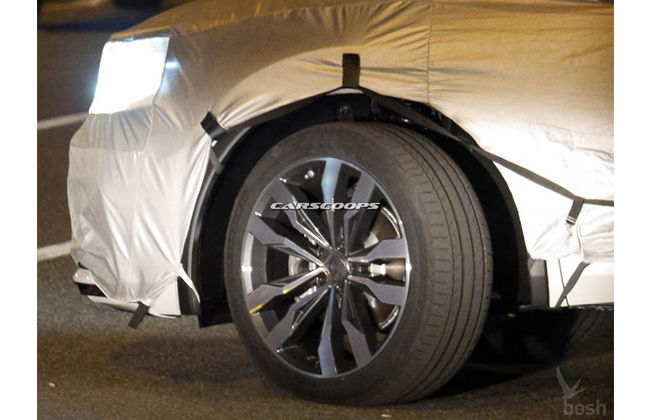 In the looks, the crossover seems to have crossed over to a more SUV-ish shape. The car now looks more elegant taking hints from the Volkswagen Cross Coupe GTE showcased earlier in  2015 Detroit Auto Show. In the captured side and top profile, the automobile seems to be riding on 18 inch, 10 spoke alloys. A chrome strip runs through the side of the car, covering the rear and giving it a neat, binded look. The car also features chrome on the window linings giving it a premium feel. Top of the car features a large glass roof with roof rails on either side. Rear of the car looks rather appealing with stylish new horizontal taillights, a roof spoiler above the large windscreen and twin chrome exhaust tips. 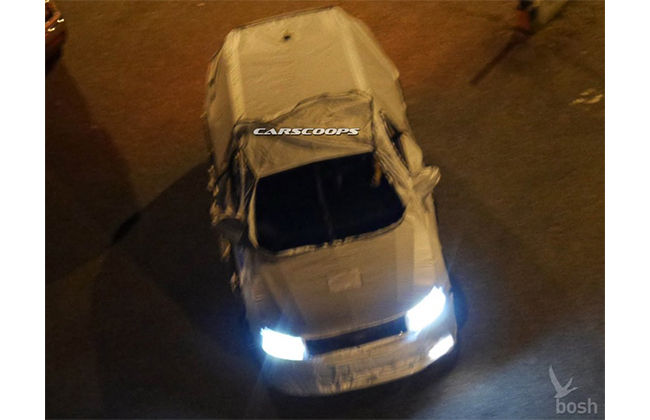 In the foreign market, Tiguan will be competing with the likes of Ford Escape / Kuga, Toyota RAV4, Mazda CX-5 and Nissan Qashqai. The car is likely to be launched with three variants, 5-seater standard wheelbase, 7-seater longer wheelbase and a sportier five-seat coupe later in 2017.