After a strong performance in the March quarter (Q4), off-the-road tyremaker Balkrishna Industries is expected to gain from robust demand in the agriculture segment across its key markets. Despite the lockdown towards the end of March, the company posted record quarterly sales volumes led by Europe, which accounted for 58 per cent of its revenues in the quarter.

While the firm posted volume growth of 5 per cent, revenues in Q4 were at similar levels as the year-ago quarter, given the product mix and discounts in the European market The firm passed on some of the gains from raw material costs to consumers.

While the management did not give guidance, it indicated that if there are no further demand issues, performance in FY21 would be similar to FY20. What should support volumes this year is the demand for agriculture tyres (60 per cent of sales) in Europe, the US, and India.

The European market is witnessing good traction after two years of muted growth because of drought and heatwave. Demand in the US market was also impacted last year, given the trade war between China and the US. 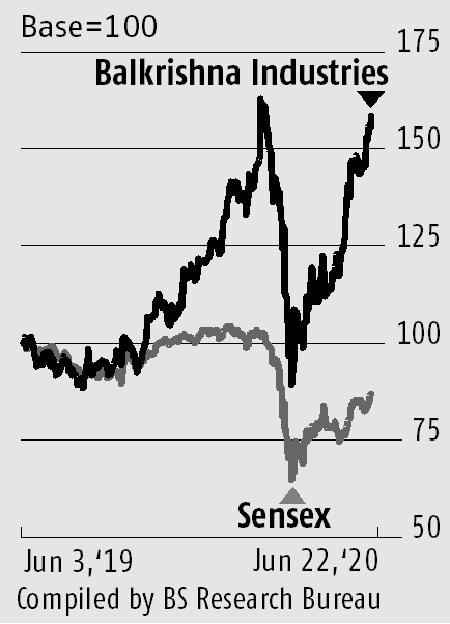 The situation has improved and demand is now at pre-Covid levels in these markets. Growth in the Indian market is steady over the past three years and is expected to continue this year, with demand led by good monsoons and government incentives for the sector. Analysts expect the replacement channel (70 per cent of sales) to be strong, led by the need for change of tyres rather than higher spending on replacing the vehicle. While steady sales growth is key, there are margin triggers for the company. The setting up of a new carbon black plant is expected to help add 100-150 basis points to margins, while lower raw material costs (natural rubber, crude oil derivatives) should bring down the cost of the raw material basket. The company indicated that the excess sale of carbon black output in the market is fetching good margins.

ALSO READ: Marginal rise in 'against' votes by mutual funds on resolutions in FY20

In addition to market share gains across geographies and steady margins, the other positive is the strong balance sheet with zero debt and cash of over Rs 1,000 crore. Investors can look at the stock, which gained 2 per cent in trade on Monday.