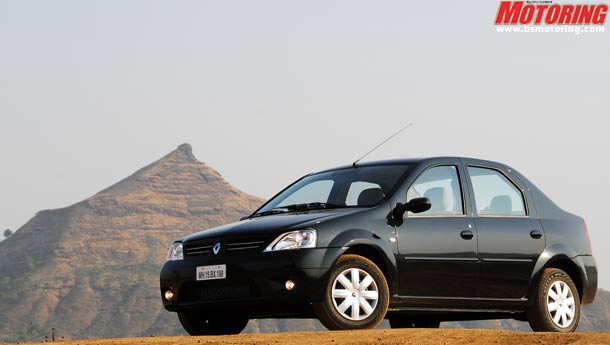 After months of free fall in demand for Renault’s no-frills sedan, consumers are heading back to Mahindra & Mahindra’s (M&M’s) showrooms to buy the Logan, as the car records its first growth in the past five months.

Nearly 50 days after M&M announced its intention of taking over active operations of Mahindra Renault Private Ltd (MRPL), the joint venture (JV) company which made and sold the Logan, the company says has witnessed a substantial jump in enquiries and an equally impressive booking rate for the model in the past few weeks.

Logan sales jumped to 450 units in May, compared to 303 units in April and 351 units in March. Sales in May last year were 427 units, while the lowest level was 272 units in December last year.

M&M was forced to take full management control of MRPL after differences between French car maker Renault and itself proved precarious for the Logan. M&M bought Renault’s 49 per cent in the loss-making JV company.

“Earlier, people were really unsure about the future of the company which makes the Logan, as was evident from their questions, but now the enquiries are more related to the car. Billing has gone up substantially in the past few weeks, despite there not being any major engineering changes made to the car,” said Rajesh Jejurikar, chief of operations.

Sources say the company’s immediate target is to sell 600-700 units of the Logan in the next two to three months and ramp it up further to 900-1,000 units by the end of the calendar year.

M&M also plans to have a renewed advertising campaign for the car which will hit television screens shortly, but the company has opted against having a film celebrity sell it, as it had done earlier.

“In the last six to eight months, there was no campaign for the product at all. It was essential that we give the assurance to our buyers about the reliability of the product and the company, which will help clear a lot of doubts and uncertainties,” added Jejurikar.

M&M slashed prices by Rs 80,000 on the Logan less than a week after the takeover was complete. This was achieved through rationalisation efforts at the Nashik plant where the car is made.

Though about 50 per cent of the content of the car has to be imported from Renault, very little localisation effort has been done. The ex-showroom price of the car in the city for the base version is Rs 4.64 lakh.

M&M will source engines and transmissions for the car from Renault once the French company starts local manufacturing operations. It currently buys the engines from Renault, while also paying hefty import duties.