After the successfull Jeep hack which led to the recall of over 1.4 million cars, security hackers have now successfully hacked and controlled various aspects of Tesla’s Model S car. They were able to gain control of the car’s electronic system and were successfully able to shut down the car remotely. By physically accessing the car first, the hackers were able to manipulate the car’s electronic system in believing that the laptop(used in the hack) was indeed the car and gain administrative access. After that, they were able to control the car via Tesla’s S touch screen or smartphone app. Marc Rogers, principal security researcher at Cloudflare said “We spoke to Tesla as the car, and essentially requested permission for more information. Once we had that foothold, we then took over all the computers in the car.” In his blog, Kevin Mahaffey, chief technology officer of Lookout explained the hack by saying that Tesla Model S can be brought to a complete stop by engaging the emergency hand brake if the car is travelling less than five miles per hour. At higher speeds, the vehicle can be commanded to shut down its engine and “gracefully” allows drivers to control the steering and brakes till the car eventually stops. They were also able to display the wrong speed on the speedometer, lower and raise the electronic windows and even lock and unlock the doors. Mahaffey and Rogers have warned Tesla that despite a direct access was required for the manipulation, hackers could compromise the driver’s safety. “Attackers may compromise the browser in a vehicle’s infotainment system in order to get access to the more dangerous vehicle drive systems—brakes, steering, acceleration, etc,” 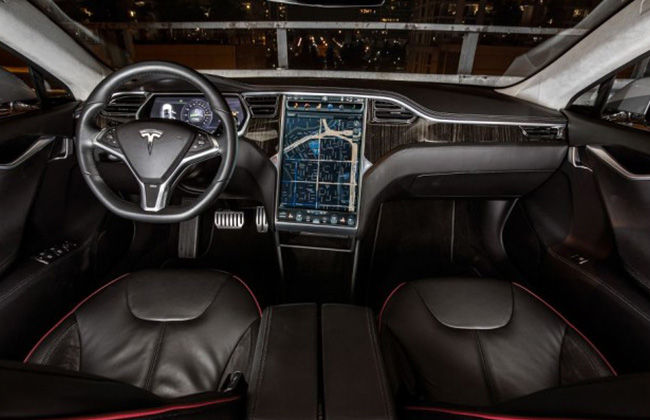 The good thing is that Tesla has already released a patch to stop such actions and this new software upgrade is an over the air upgrade and can be easily downloaded using a wifi or a cellular network. Mahaffey also said in his blog “In order to realistically patch vulnerabilities at the frequency they are discovered, manufacturers must implement an over-the-air patching system into every connected car. We are happy to report that Tesla has built such a system,”. Mahaffey and Rogers “confirmed that Tesla indeed made a number of excellent security decisions in the design of Tesla Model S.” The cybersecurity experts will present their finding along with details of the hack on Friday at the Def Con hacking conference in Las Vegas.