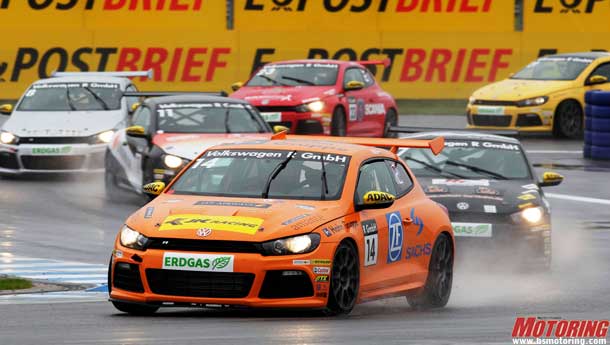 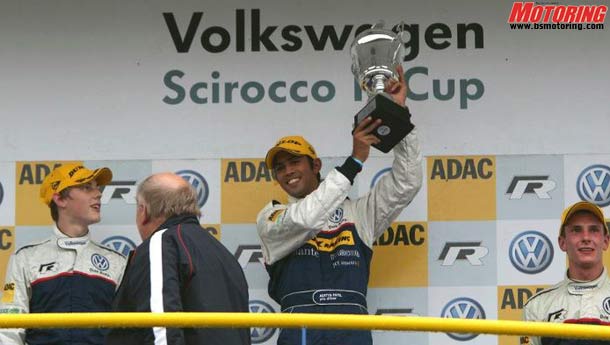 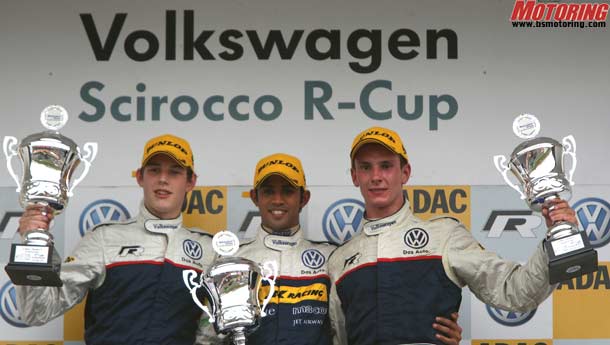 Aditya Patel, made the best out of his pole position start for Race Two of Round 7 of the Scirocco R-Cup here at Oschersleben in Germany. After a disappointing qualifying session, Patel started Race One from 7th on the grid and fought a hard battle with Turkish driver Berke Bayindir before being passed by Guest driver Daniel La Rosa and championship rival Daniel Lloyd with just 3 laps to go. However, the 8th place finish put Patel on pole for Sunday's race.

Although not very satisfied with his pace on Saturday's race, Patel was confident that Sunday would be a different story. Thanks to the reverse grid system, he was on pole position for the second race. He capitalized on his first place start to take an early lead. But in the excessively wet conditions following a downpour, Llyod managed to pass him at the third corner. Patel managed to regain the lead before the lap ended.

However, with 4 laps to go, Lloyd and Ola Nillson managed to pass Patel again. But in the heat of the battle, when the two drivers made contact with each other, Patel was able to reclaim the race lead, which he held despite some close fighting with Moritz Ostereich. Though Patel has made consistent appearances on the podium this year, the victory at Oschersleben is the Chennai-born racer’s first win of the 2011 season.

"It was a Nail-biting race. I can't remember the last time I fought for the lead like that. Moritz drove fair and brilliantly as well. I have to admit, there was a lot of luck involved as well. Ola and Lloyd had an unfortunate incident which went in my favor. Anyway, I guess that's racing! Now, with one race to go, my aim is to finish in the top three in the championship." Said a jubilant Aditya Patel

The final race of the season is at Hockenheim in October.