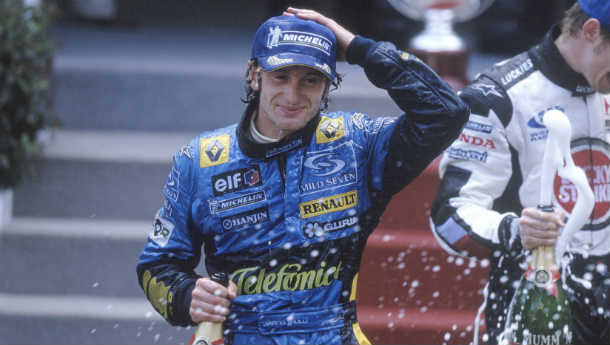 Ever since I found out about Jarno Trulli hanging up his racing boots, I’ve been a little pensive. That’s probably the word that best describes it. You see, if I said I was terribly sad it would take some credit away from the rather able, young Vitaly Petrov (remember that podium at Melbourne last year) who has stepped in to replace Jarno at Caterham F1. And to claim indifference would, err, well, be a lie.

You see, Rubens Barrichello apart, Jarno Trulli is probably the last of the old order in Formula 1 (seriously, the chap’s not even on Twitter). And let’s leave Michael Schumacher out of this (did I really just say that?), because he’s a little like the ‘New’ Beetle. We all (and I use the word ‘all’ loosely) know and love the old one to pieces, and we’re hoping the ‘new’ one shapes up soon. ‘

Trulli had a rather quiet career in F1, the early part of which he spent at Minardi, Prost and Jordan. When he finally made it to a somewhat competitive team, he did okay, until he started getting shown up by younger team-mate Fernando Alonso. Not one to take things lying down, Trulli upped his game a little. He won the Monaco Grand Prix, the feather in the cap for a race car driver, and probably was feeling rather pleased with himself, when later in the 2004 season he was given the royal boot from Renault after some unpleasantness at the team. Then followed five rather uneventful years at Toyota (only one podium there in 2008) and two years at Caterham.

Would things have changed if Trulli had stuck around in Formula 1? No. Does he deserve a spot on the 2012 grid. Arguable. And I’m not trying to romanticise his stint in the sport. But Jarno Trulli wasn’t like the one-season drivers either. The chap didn’t just putter around, he was a proper race car driver, and he showed up to work every day and tried his best. And whenever the results followed, boy was he happy.

Jarno Trulli’s career in Formula 1 was something of a battle, and like the man himself said when he won the Monaco Grand Prix, which he dedicated to his friend Dino. ‘He is battling and I am battling and we shall battle together.’

Addio, Jarno. Onto other battles, then.