A week of Motoring mayhem 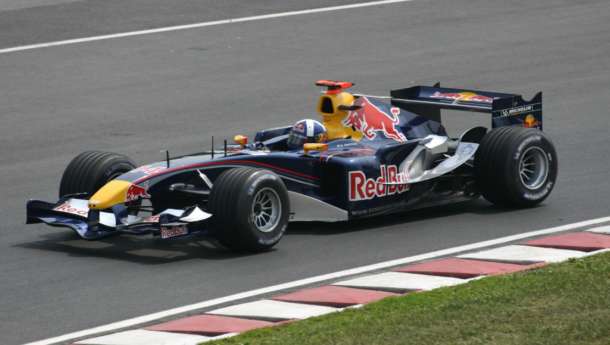 1. David Coulthard - Poor guy went around doing his job of driving an F1 car. Asking him to drive just a couple of knots above pitlane speed limit on an empty track is like taking a Howitzer to fire 0.50 caliber shells. So when he said he did something that read 200 kmph plus on the Bandra Worli Sealink, the Maharashtra Government and Mumbai Police went up in arms. They decided to forfeit the security deposit paid by Red Bull and are threatening more action. Speed, it seems, has always been construed by government agencies as a weapon, without understanding that speed can also mean something completely different. And speed, in the hands of a trained person, with all safety precautions in place should be enough reason to placate any fears. At this rate, one shouldn't expect WRC to make an entry into India because transport stages aren't done at pootling speeds and the local pandu, his whistle and pavti book will be just around the corner.

2. Chevrolet Cruze - GM India have done an excellent job with the pricing and packaging of this extremely potent car. Kudos to them! After eons, GM India have launched a car with the bowtie which stands for incredible value. Now, hopefully they can repeat the same with the Beat as well.

3. BMW Z4 - This is definitely my car of the week. Not for it being a BMW, but because the company has been brave enough to bring out the twin-turbo version of its 3.0-litre straight six here in India. Now, this engine is a multiple time World Engine of The Year award winner, and the fact that BMW have prepared some of the best known turbocharged petrols throughout its history. So far, BMW have avoided bringing in the 535i because fuel has been an issue. Am sure, it continues to be an issue for the Z4 SDrive35i too and expect dealers to recommend 97 Octane only. But, then again, fuel quality standards are expected to improve come April 1, 2010. So BMW's move can be regarded as being brave and timely. As for me, am itching to lay my hands on this engine and sure enough, expect a Road Test of the convertible very soon.

4. Nissan - Until a few years ago, getting a press test car from Nissan India was completely out of the question. And a drive, even for a couple of hours was like asking Usain Bolt to break the nine second barrier. So we really couldn't recommend Nissans to anybody, simply because we never really spent enough time to explain how it is to live with one. That was more of a hindrance than the fact that there weren't enough showrooms around in the first place. How things have changed since those days isn't funny. Over the last month, we've spent considerable time with the Teana and X-Trail and have come to realise how brilliant these cars are. For me, the X-Trail has been a complete eye-opener. It does practically everything correct - so correct that the Toyota Fortuner looks ragged in front of it. And I can say that with authority only because I got enough time to spend with one. In fact, because both the cars have been such great performers, am really looking forward to the new Micra. And if, Nissan's engineering ability is anything to go by, expect it to be a complete success in India.