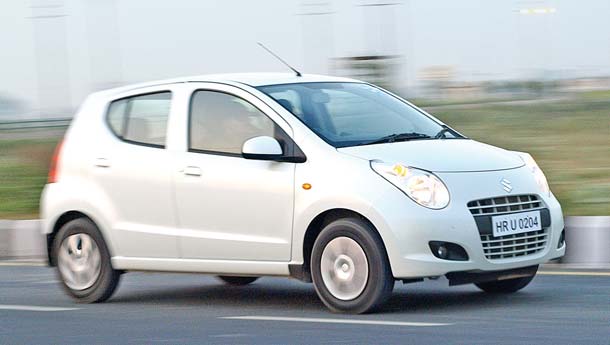 The country's largest carmaker Maruti Suzuki India today said it will launch a new variant of its compact car A-star with automatic transmission early next week, as it bids to strengthen its hold over Indian car market.

He, however, declined to share the price of the AT variant of the A-Star, saying it will be decided next week.

The A-Star is currently available between Rs 3.59 lakh and Rs 4.23 lakh (ex-showroom Delhi).

The new A-Star will be the second model from MSI's stable after SX4 to have the AT variant. The SX4 AT variant is priced at Rs 8.33 lakh, compared to the normal version tagged between Rs 6.91 lakh and Rs 7.67 lakh (ex-Showroom Delhi).

At present, SX4 AT sells about 6-8 per cent of the total of about 2,000 units per month clocked by the sedan.

Launched in November 2008, the A-Star has so far sold around 85,000 units, Srivastava said, however, adding it will be too early to ascertain how much increase in sales could be expected after the launch of the AT variant.

In the past MSI had tried introducing AT variant in its Zen model, but discontinued it due to lack of demand.

"Our reading is that the market for AT cars is gradually growing in India as congestion on the roads has increased. The market will continue to grow," Srivastava said.

Asked if MSI will also introduce the AT variants in other models as well, he said: "First we need to study the customer response to the A-Star AT and then we will take a call."