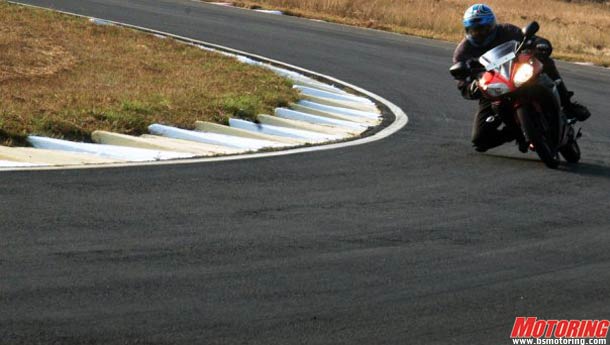 'Weight is the enemy,' Raymond Loewy, the master of design once said. Of late, I've come to realise this first-hand. And on that note, let's take a look at what we have and what we're going to get, shall we?

The Honda CBR250R is a great motorcycle. It's generally suitable to our conditions and has the right mix of looks, power and value to make Indian motorcycling enthusiasts think twice about anything else. However, I wouldn't buy it. Why? Because it's made me think about one thing, a thing that perhaps only jet fighters beat motorcycles at - power to weight.

The CBR250R didn't live up to my expectations of a 25 bhp motorcycle, mainly because of its 167-kg kerb weight. What I wanted was second-gear throttle wheelies and enough power to spin up the rear in corners (wildly optimistic, aren't I?) - essentially a motorcycle that would make my adrenaline glands work overtime, with just the right shade of white on my knuckles. After riding the CBR for 2,000 km, none of that has happened. Instead, what I get is one-foot high first-gear clutch wheelies (mainly because I suck at getting the front wheel up) and a sidestand that's already groaning and creaking under the motorcycle's weight. And when the tank is full, I come back in mornings half-expecting the bike on its side. Not cool.

TVS seems to be one manufacturer who seems to understand the importance of light weight - their bikes have genuine racing pedigree and it's very apparent on their mad Apache RTRs. But their motors are too harsh and seem to suffer from longevity issues, especially under hard use - there's only so much you can stress a 10-year old short-stroke over square motor, no? And there is stony silence from Hosur when asked about future power-bikes. They have the potential, but I wonder what they're up to.

Bajaj too, has suffered from overengineering their nonetheless fun-to-ride Pulsars, though sources suggest that the next-gen Pulsars (expected some time around October-November 2011) will not suffer from flab. And going by the Pulsar 135, I have great expectations from the new Pulsars. A sharp-edged, 130-kg, 25-bhp Pulsar will be the business. Can't wait.

However, what really gets me excited is the imminent Yamaha R15 replacement/ upgrade. We already know that the bike's going to feature sharper looks and more power. At the recent 250cc shootout for the magazine, the 150cc R15 ran rings around the bigger, more powerful bikes in the mountains, so I can imagine what a more powerful R15 can do. I hope they retain the overall lightness of the bike, though.

It's sad that there isn't a single reasonably priced motorcycle on sale in India today that can be called a light, powerful motorcycle for whom handling is the only thing that matters. The R15 comes close, but falls woefully short on the power count.

On a motorcycle, weight can make or break how it performs. Let's hope manufacturers realise this and give us lighter bikes - weight loss is the best way of gaining power. So, until I can figure out how to intercept and loot that bank van for the Vyrus 985, I've no option but to weight and watch. Sigh.