A day (and night) at the races 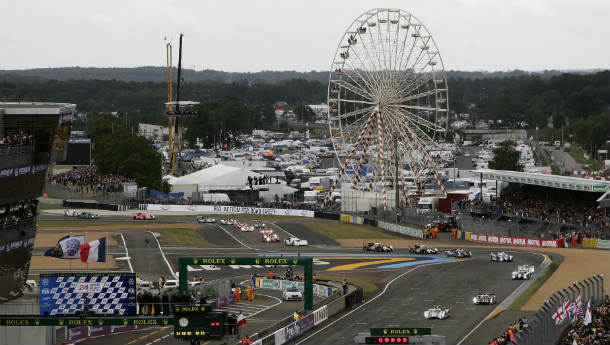 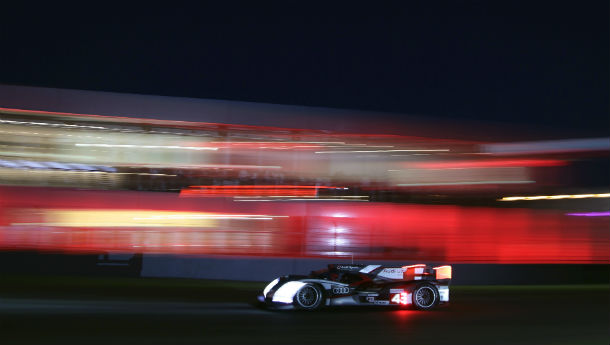 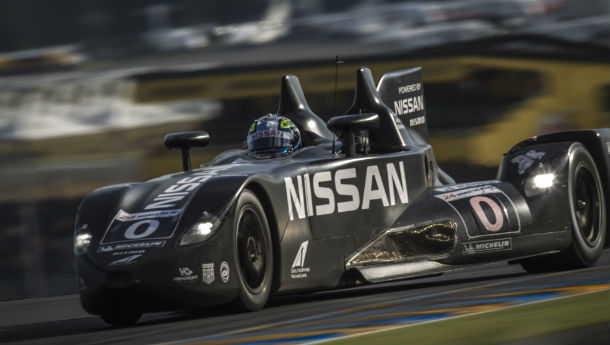 The iconic Ferris wheel is still lit up. Well, it is half past four on a Sunday morning and going on a giant wheel ride at this hour seems plain weird, but at this place, I won’t be surprised if people do.

It is the race weekend at Le Mans and people have been doing weird things here since 1923 — cars are raced here at insane speeds for 24 hours at a stretch, testing the limits of man and machine. There are people who come from all over the world to watch this 24-hour festival of speed, camping all over the place with their tents, tables and toilet paper. It has a fairground atmosphere, while the racing is anything but — it is highly competitive.

The 24 Heures du Mans, as it is famously known, is the world’s most prestigious endurance race. It is run over a purpose-built racing circuit as well as public roads that are sealed off for the event. The length of the whole track is over 13 kilometres and when you have cars going round and round for 24 hours at a stretch, they cover a distance of over 5,000 km on an average. That’s the equivalent of going from Srinagar to Kanyakumari and driving one-third of the way back. The pinnacle of motorsport may be the grand prix circus called Formula One, but here, cars that are as fast as F1 cars need to last 24 hours, not the two-odd hours of an average GP. That gives a new meaning altogether to reliability. And then there are the drivers. Three drivers share duties during the 24 hours; though they may be able to get some rest, they need to be on alert throughout the duration of the race. Yes, the word “endurance” seems pretty tame considering what this race is all about.

Needless to say, motorsport journalists are also part of this slogathon. I am in the massive press area overlooking the start-finish straight. There are journalists pounding on their keyboards, giving live reports of the event at this witching hour, their eyes bleary and hair askew, eyes darting towards the terminals now and then. Photographers wearing bright yellow jerseys and helmets walk in and out with grim purpose, monstrous cameras and even more monstrous lenses dangling on the side. A bunch of Japanese journalists has made a little picnic for themselves on the work tables, surrounding a mound of soft-drink cans and snacks. And under one of the tables, a photographer is fast asleep, oblivious to the pace in the press area.

Heading out, I am walking around like a zombie myself but still alert to the sights and sounds of my first visit to this legendary race. Crew members catch up on gossip and a drink before heading back to the pits. It is freezing now, though it was hot and sunny all through, right from the beginning of the race at 1500 hours on Saturday.

From a vantage position, I first see the headlights followed by the sounds of high performance engines revving mightily to kingdom come. The cars blaze past with stunning ferocity, shooting out an occasional burst of flame and accompanied by the cannonshot sounds of gear changes. When the drivers apply the brakes, you can see the discs glow like Satan’s own eyes. Then you try identifying the cars by their sounds — the Audis are comparatively hushed and so are the Porsches. The Aston Martins have a robust note while the Ferraris have a high-pitched wail. And then there are the Chevy Corvettes — Metallica meets hundreds of hard-riding Hell’s Angels.

Watching and listening to these cars at night is so wildly different from seeing them during the day, when they appear less sinister. Perhaps it was the warmth in the air and the thousands of people flocking and milling about, showcasing their preferences for teams, countries, brands, foods and philosophies. Where did they all go? I spot many people in sleeping bags, either alert or completely zoned out. The grand stands, which were packed to capacity when the race started, are now empty. Boozy youngsters are loitering about. The shops selling stuff are however still doing brisk business.

After catching up on a few hours of sleep, I am back at the track. The cars are still going hell for carbon-fibre. In the course of the 24 hours, of course there were accidents on track, but the racing was safe overall. The sight that warmed my heart was the Indian flag, fluttering along with those from countries from the rest of Europe. Karun Chandhok made history by being the first Indian to race at Le Mans, and he drove very well too.

There were, however, no surprises as to who would win the 2012 edition of the race. In the previous years, Peugeot gave Audi a scare, but the French manufacturer has other priorities right now. And Toyota was to take over this year to give strong competition to Audi, but fate had other plans. At 3 pm on Sunday, the German carmaker notched up 1st, 2nd and 4th positions with their bullet-proof cars, sealing yet another victory at this place. Will it be a cakewalk for them next year too? Maybe not.

Audi R18 e-tron quattro
Audi just seems to get everything right at Le Mans. Touch and it turns to gold, in this case gold and silver. Two e-trons ran at the event and they managed a clean sweep of the honours. And they were hybrids, so Audi has ended up making Le Mans history. Well, these hybrids were not like your tame little Toyota Prius for sure. The rear wheels were driven by a 3.7-litre V6 turbodiesel and the front wheels by an F1-style, Williams derived KERS flywheel system, usage of which was restricted, but it still proved advantageous to the Audi drivers. That makes it 11 times in 13 years for Audi.

Nissan DeltaWing
The name does sound very superhero-ish, but this car was all about demonstrating new standards of efficiency on the racetrack. It looked different, had half the drag, half the power and half the weight of a conventional Le Mans race car. Unfortunately for Nissan, it also lasted only six hours before being nudged off the track by a Toyota. But, powered by a 1.6-litre turbocharged diesel, it really did stand out from the bunch. It was unique, radical and rather bizarre, considering Le Mans. No wonder then that it ran as number 0, outside the official categories — to demonstrate even more advanced thinking.

Toyota TS030
Toyota made a spectacular comeback to Le Mans this year. With its petrol-electric hybrid TS030, it really gave Audi a run for its money, running neck-and-neck with the front runners. If it wasn’t for a mechanical failure and a rather huge, airborne crash, who knows…? The TS030 ran a 3.4-litre turbo petrol along with an F1-inspired KERS system similar to the R18 e-tron, but unlike the R18, it sent the power from the motor to the rear wheels. With this car, Toyota has proved that it is a force to reckon with. It has the ability, and when endurance issues do get fixed up, we’ll have a big fight on our hands!

Honda HPD ARX-03a
Audi and Toyota really stepped on the pedal his time around, but there were teams like JRM Racing, driving around in more conventional hardware. Driven by Karun Chandhok and developed by Honda’s Performance Development division, the HPD ARX-03a gave a strong performance at Le Mans this year. Powered by a 3.4-litre normally aspirated V8, the JRM car started the race in 11th and worked its way up to 6th place by the end of it all, despite a punctured tyre and a faulty clutch too.