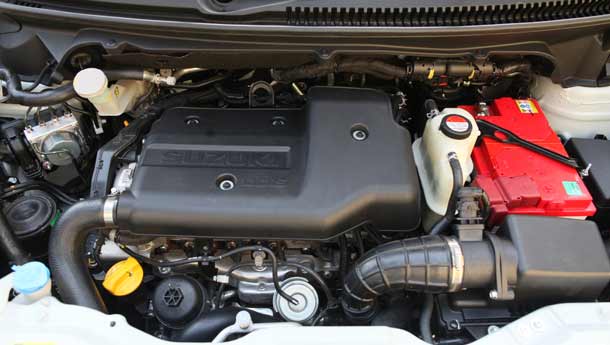 Maruti Suzuki, the country’s largest car maker, is set to take the covers off the Ertiga, its multi-purpose vehicle (MPV), next month.

The multi-seater would mark the company’s entry into the unexplored category of ‘personalised people movers’. The Ertiga, Maruti’s second new car launch this year, will share the 1.3-litre multi-jet diesel engine that powers it with more than a dozen car models stretching across five companies. These range from hatchbacks to sedans to sports utility vehicles (SUVs) and MPVs.

Though initially developed under a joint project by Fiat and General Motors (GM), the small diesel engine is more commonly seen on Maruti Suzuki models such as the Ritz, Swift, DZire and SX4. Suzuki has the licence to manufacture the engines in India.

In addition, both of Fiat’s models in India, the Punto and Linea, and Tata Motors’ Indica Vista and Indigo Manza, are powered by the 1.3-litre multi-jet diesel engine. GM’s coming launch of the Chevrolet Enjoy, an MPV, and the Premier Rio, an SUV, will be powered by the same engine. Fiat also sold the imported Fiat 500 mini car in India having the same engine before the vehicle was discontinued, as it failed to meet emission norms.

Growing demand for diesel-powered models, excessive plant capacities and the tried-and-trusted technology of the engine has led companies to use it in their powertrains, tuned to individual requirements. For instance, Maruti is keen on offering a diesel engine option on most of its future line-up of vehicles, for which it is investing Rs 1,700 crore in setting up a diesel engine plant in Gurgaon, Haryana.

Fiat India, the joint venture company of Fiat and Tata Motors, is talking to automotive companies for striking deals like it did with Maruti Suzuki for selling the same engine, produced at its Ranjangaon facility near Pune. Mumbai-based Premier is one company looking at sourcing this engine for the Rio.

Lowell Paddock, president and managing director, GM, said, “With so many companies using the engine across several models, it will only help the customer in terms of having a broader supply base and more people are familiar with how to repair it. So, it is a benefit in the long run, as it meets a broad variety of customer applications.”

GM will launch a multi-seater vehicle christened the ‘Enjoy’ by the end of 2012, strapped with a 1.3-litre multi-jet engine.

A senior fellow of the Automotive Research Association of India said: “The engine has one of the best in power to weight ratio, compared to any diesel technology on offer. Before it was launched diesel, engines were looked down as non-environment friendly and expensive to maintain, but this has changed all that.”

Looking at the success of this engine, GM is looking to replicate the success with its own diesel engine developed in-house at its development centre in Bangalore. The company developed a one-litre diesel engine, one of the smallest in the world and seen on the Beat hatchback.

“We have commercial relationships with a number of companies globally. Certainly, we can’t rule out (selling the engine to others). We have a policy of working with other OEMs (original equipment manufacturers) around the world on powertrains on a case by case basis when it makes sense for both of us,” Paddock added.