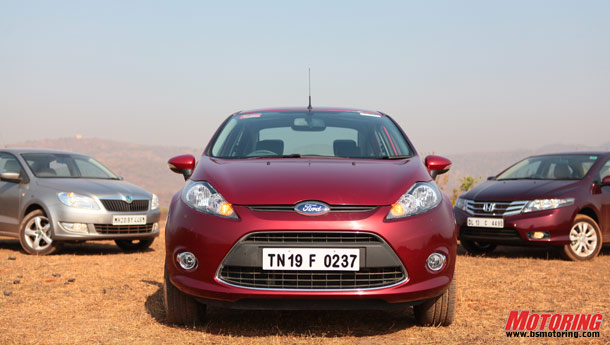 The Indian automobile market is, clearly, going through tough times. Of late, potential buyers have been bombarded with attractive offers to try and induce them to shell out their money - deep discounts; interest-free offers; even, in some cases, a free car with the purchase of a house. Insurance is being bundled in free. Meanwhile, buyers of even popular models of sedans have discovered to their surprise that there is practically no waiting period.

What explains this buyers' market? Recent reports have emphasised that the problem extends across companies, whether multinational or local. Reportedly, the Indian arm of General Motors made a loss of Rs 746 crore last financial year - almost Rs 70,000 on each car it sold. In December, Maruti Suzuki India predicted that growth for domestic passenger vehicles would be single-digit for at least a year and probably three; the firm cut its forecasts for sales from five million units by 2015-16 to four million. Following trouble at its Manesar plant, it had announced that it would suspend production at its Gurgaon plant one day a month; it has now increased that period, citing mismatches between supply and demand and inventories piling up at distributors. Indeed, over the last financial year, the Society of Indian Automobile Manufacturers revised growth predictions downwards by three percentage points, and said the fall was even steeper, with the biggest decline coming in February. In some ways, the worst hit is Tata Motors - in February its domestic sales declined by 62 per cent year-on-year. At the dealers' level, many Tata vehicles now sell at a discount of between Rs 30,000 and Rs 50,000. As with several other companies, a purchase is often accompanied by buyback assurance. This pile-up of unsold vehicles across various companies is, essentially, the reason for nagging SMSes and calls from agents, as well as the enticing offers.

There are several possible reasons for the slowdown in demand. One is that the slowdown is finally beginning to hit even middle-class consumption, which has so far been immune. More hopefully, many buyers may believe that an interest rate cut from the Reserve Bank of India (RBI) is imminent - once that happens, their monthly payments on their car loans will come down. Thus, it makes sense to cost-conscious consumers to postpone their purchase of a car till rates are eventually cut. This view will be tested if the RBI does, indeed, cut rates next week. It is far from certain how, say, a 0.25-percentage-point cut in rates will affect the buying decision. Another reason many cite is a structural move in demand away from regular saloons and sedans to sports utility vehicles (SUVs) of one sort or another. By this way of thinking, consumers have already changed preferences; but many auto makers have yet to alter their supply lines to match changed demand. Anecdotal evidence that waiting periods for SUVs have not declined as steeply as have those for other cars is cited as support for this argument. None of these reasons is especially heartening for the economy - especially if you buy the argument that an SUV market growing while a regular car market falling is a sign that the middle class is being hit by the slowdown while the elite is not, which would have worrying social consequences. The auto sector is a leading indicator of consumption health, and New Delhi should take note.