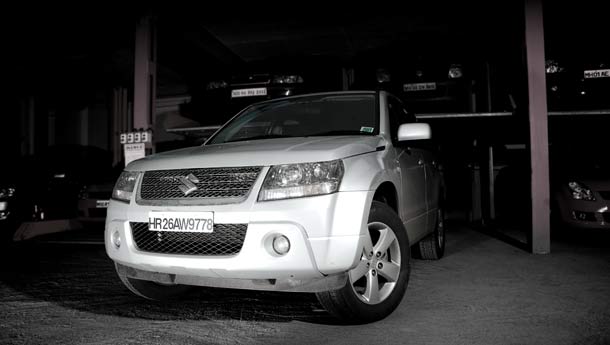 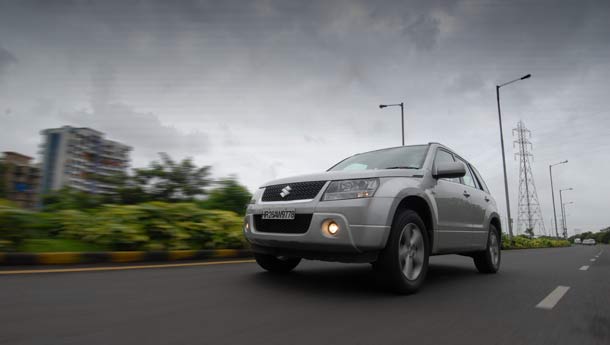 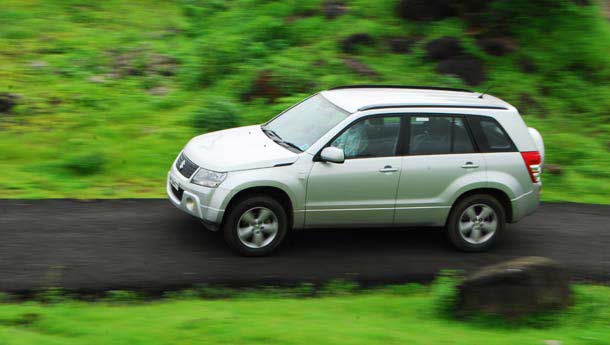 I guess Suzuki has had enough of its reputation of building dinky, value-for-money cars. Keeping costs low can be quite a task, especially if you have to do it day-in, day-out. The Japanese carmaker is a past master of frugal engineering, and perhaps they are the best in the world when it comes to battling costs without compromising on key product issues. Which is why a car like the Nano should have ideally worn the 'S' badge. Never mind. But I think one fine day, Osamu-san felt sorry for his people and decided to take the brand a bit upscale. Why? Because it translates to better profits which in turn means his people get some breathing space! That's why Suzuki, instead of producing an ultra-cheap runabout like the Nano, is all set to bring the Kizashi premium sedan to life. The Kizashi will just be the beginning, there will be more expensive variants spun off this platform and hopefully, billions of more yen coming Suzuki's way thanks to its new premium image.

Meanwhile, there is still the challenge to get people to part with more money to acquire a Suzuki. Especially us Indians. We have been conditioned to get the maximum bang for the buck, and Maruti Suzuki has no one else but itself to blame for that! Take the Grand Vitara XL-7, for instance. The first time it was introduced in 2003, it came with a monstrous V6 motor that could make the SUV fly, but was completely un-Suzuki in the way it guzzled the unleaded. And at almost Rs 16 lakh in Delhi, it was not exactly cheap and saw its Indian innings end in 2006. That version of the Grand Vitara was replaced in 2007 by something much smaller, less 'Grander', which looked smart and contemporary enough but was powered by a 2000cc four-cylinder motor. With a starting price of Rs 13.8 lakh in Delhi, it was still the most expensive Suzuki, though it was cheaper than the XL-7. For all purposes, a sales figure of 1,065 units over nearly two years is not bad, but it's still not good enough for a Maruti Suzuki product. With 120 bhp from the 2.0-litre engine, the Vitara was slightly underpowered. And that was one of its main weaknesses.   Now MarutiSuzuki has attended to it by giving the Grand Vitara a bigger engine and a minor facelift as well. The pity is that you wouldn't know that it's got a bigger engine. The exterior facelift is just restricted to a mildly redesigned grille and front bumper, so it doesn't look too different, except if you are keen and notice the 17-inch alloys that replace the last-gen's 16-inchers. And there's the VVT badging on the flank. Yes, the new 2393cc four-cylinder engine features variable valve timing that allows for better performance and reduced fuel consumption. The new motor develops 163.5 bhp at 6000 rpm and 23 kgm of torque at 4000 revs, which is way better than the previous one, and it shows. The dash to 60 kph is dismissed in 5.4 seconds, and the century mark comes up in 11.4 seconds. For an SUV that weighs over 1,600 kg, that's quite good. But the more important aspect of the engine is that it allows for better driveability across all conditions.

Those extra cubes and the increased output figures directly translate into an SUV that's not just quick, but also quite flexible.Now the additional grunt does not allow the Grand Vitara to balk in traffic anymore and it takes up the slack quite easily.On the highways, you could enjoy the engine's relaxed performance and cruise between 80 and 100 kph and just mash the pedal when you want to reach your destination quicker. And when you do that, you can see speeds of well over 170 kph. It's good that the Grand Vitara comes with rear disc brakes this time around. The 2.4 motor may have the go, but it is not exactly refined and smooth. For instance, it's nowhere near the Honda CR-V's sublime 2.4 unit. There is one weakness which was there in the previous powertrain, which has been carried over here as well.The gearshift quality remains disappointing, it is notchy and does not aid quick shifts. Perhaps the four-speed automatic option that it comes with may be a better
alternative.What's great of course is the Grand Vitara's ability to go off-road. It carries the Gypsy's genes and Suzuki is famous for putting together some fantastic compact off-roaders. And that shows.   The Grand Vitara comes with permanent four-wheel drive and has a knob for shifting to 4L and a differential lock when things get really sticky. It is like a mountain goat and seems happy gambolling across rough terrain. Plus the additional horsepower only makes it easy to emerge from tough situations. Though many owners may not take it offroad, you can rest assured that the Grand Vitara is a pretty capable slush-buster. The other reason for its capability is the architecture is uses. Here, Suzuki has merged the traditional body-on-chassis with a monocoque structure. The idea is that the conventional structure allows for better offroad capability, while the monocoque allows for car-like handling on roads plus better safety standards. Well, the problem is that though the Grand Vitara is at home in no-road conditions, its ride quality is not that good on plain tarmac. There is not adequate damping to keep your bottom comfortable.

The new kind of construction however allows the Vitara to be chucked around corners, it stays planted thanks to permanent four-wheel drive and handles curves quite confidently. The steering is also well-weighted and does not suffer a lack of feedback, important in an SUV.
I think Suzuki has been stung by criticism that the Grand Vitara, for the price it was asking, used the common parts bin a little too liberally. The consequence was that you saw parts of the Swift and SX4 littered all over the cabin. Now, they have freshened it up and have used new looking controls and components. The overall plastic quality has also gone up by a notch. The key change inside is a new central panel that's much more intuitive to use and the addition of new features like a speaker at the centre and a 6-CD changer, a multi-information display, etc. The latter also displays fuel consumption, and it read about 7.2 kpl in the city and about 11.3 kpl on the highway consistently.

The consequence of all these changes is that the facelifted, more powerful Grand Vitara costs Rs 16.67 lakh for the manual version and Rs 17.97 lakh for the automatic (ex-showroom Delhi). That's substantially expensive than the older one, with nothing much to show other than that bigger engine which should have been in there in the first place. So it has become even more challenging now for Maruti Suzuki's marketing team to make Indians part with big cash for a Suzuki. But it's going to be difficult to convince them that it's worth it.