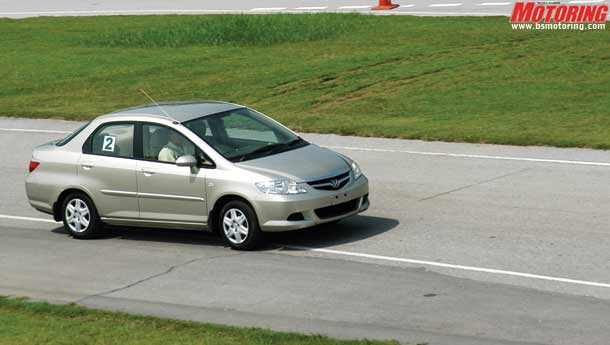 In the largest recall of cars by an auto company in India, Honda Siel Cars Ltd (HSCI) on Monday announced it would call back 72,115 units of its best-selling mid-sized sedan, Honda City, to replace defective power window switches. The recall will cover the second generation of City cars sold by the company between 2005 and 2007.

This is the fourth time in four years that Honda Motor Corporation (HMC), through its Indian subsidiary, has recalled cars. The company has been present in the country for 15 years. This is the second time this year that the City has been recalled. The company had recalled 57, 853 models in February this year because of a faulty engine part. The number of City sedans recalled together is virtually double the company’s total car sales for 2010-11.

A senior company executive said, “We had recalled around 8,000 City sedans last year to replace defective power window switches. Although no incident has been reported in India, we are extending the same exercise to the previously sold Honda City manufactured from 2005 to 2007.”

Globally, HMC on Monday announced it would recall 936,000 units of the Jazz, City and CR-V models to fix faulty power window switches. The recall, however, does not impact the Honda Jazz and Honda CR-V sold in India.

“HSCI is carrying out the part replacement as part of a global exercise by HMC to ensure stringent quality standards for its products,” the company said. The replacement will be carried out free of cost and the company will communicate directly with car owners.

The recall comes at a time when HSCI has been struggling to maintain sales in the country. Between April and July this financial year, the company sold a total of 12,526 units, a decline of 26 per cent as compared to the corresponding period last financial year.

In January 2010, Honda had recalled 8,532 units of the second-generation City manufactured in 2007, owing to a defective power window switch, as part of a global initiative. It had also recalled the CR-V and the Accord in 2007.