5 Reasons To Wait For Chevrolet Trailblazer

Chevrolet is planning to bring in their full-sized SUV, the Trailblazer, by the end of this year, but before we begin lets see what justice is done with this particular segment. As we are aware in the past year numerous manufacturers brought everything from hatchbacks to sedans to compact SUVs, facelifts and a few more. But India’s favourite, yes, the big fat SUV segment witnessed only two facelifts, one to the good old Toyota Fortuner while the other of Mitsubishi Pajero. Endeavour? It is waiting for its next generation to happen and hence will be replaced by the same till year end. Then, Chevrolet too will be bringing this brutal looking SUV probably by December. And for those who are wishing to go for a car in this segment the following things will only make you wait until this Chevy is launched. 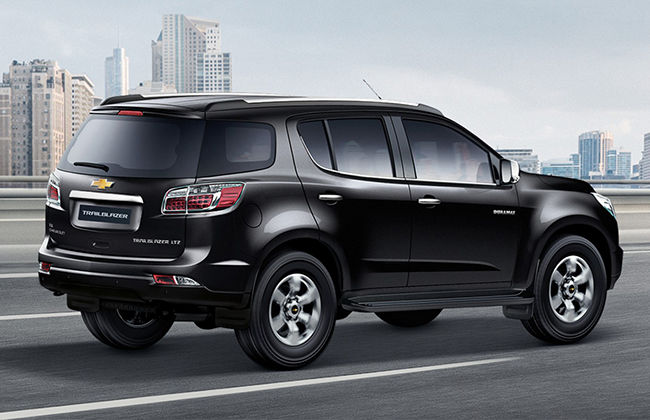 Will it be a Looker?

Before we get to the muscular bonnet that gets host of creases, contours and lines we would like to discuss about the sheer size of this elephant. Pajero measures 4696x1815x1840 (LxWxH), Fortuner measures 4705x1840x1850, Santa Fe measures 4690x1880x1690 but this thing (Trailblazer) measures 4878x1902x1847 making it impossible to ignore whenever you see one. Backing its gigantic size will be a majestic Chevy nose with that elegant twin grill that we see on Cruze. There will be no side plastic cladding and the understated fender flares may house 18-inch wheels. The rear will get a wraparound rear windscreen, upswept LED taillight cluster, bumper with integrated reflectors. 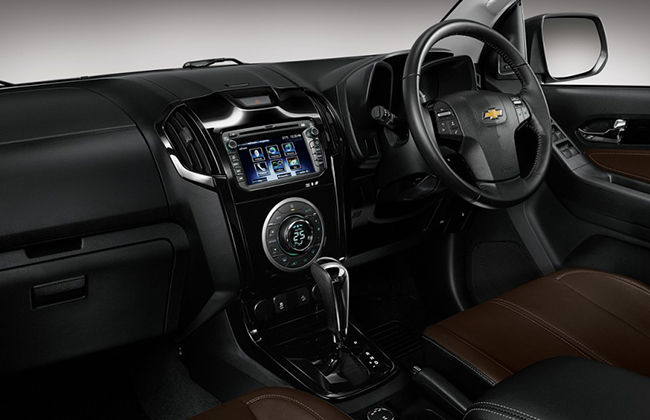 The insides are expected to offer generous amount of space to every passenger and its dimensions indicate that it could be the most spacious SUV in its segment. The images of the Thailand-spec variant reveal that it will get a tall dashboard with long vertical A/C vents. a MyLink infotainment system, multifunction steering wheel, Camaro inspired instrumentation cluster. The dash neatly flows in to transmission and handbrake dock that also features shift-on-fly toggle for automatic variant. 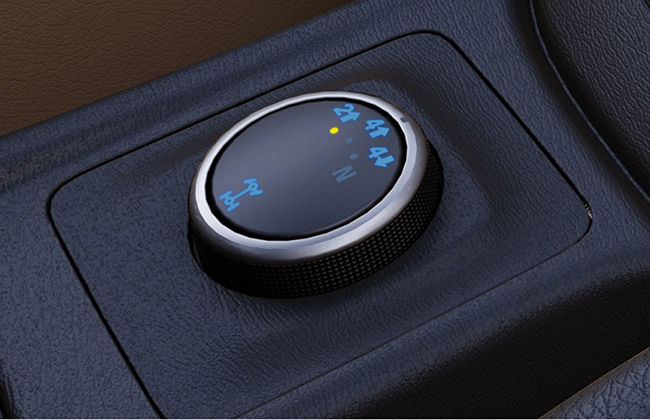 Well, in Thailand Trailblazer gets two engine options a 2.5 litre diesel that produces 163 Bhp and Duramax 2.8 litre diesel that generates 197 Bhp of max power and a torque of 500 Nm@2000rpm. And if we are lucky we will get the latter or both as options. Moreover, out there it is offered with a 6-speed automatic and 6-speed manual in 2.8 litre and 2.5 litre engines respectively. 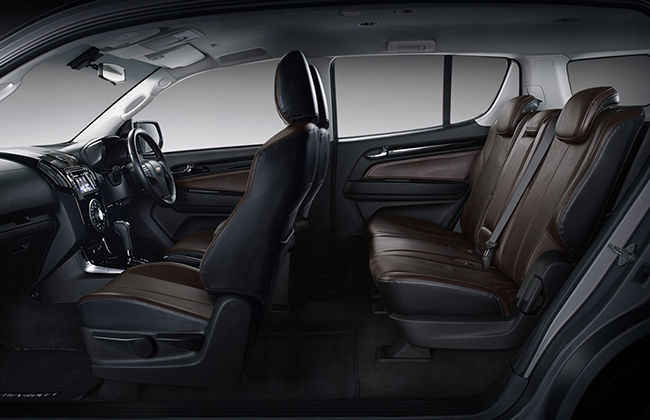 There are rumours that Chevrolet may price it somewhere around Rs. 27 to 30 lacs. Fair enough, as all others from the big SUV clan fall in and around this bracket. 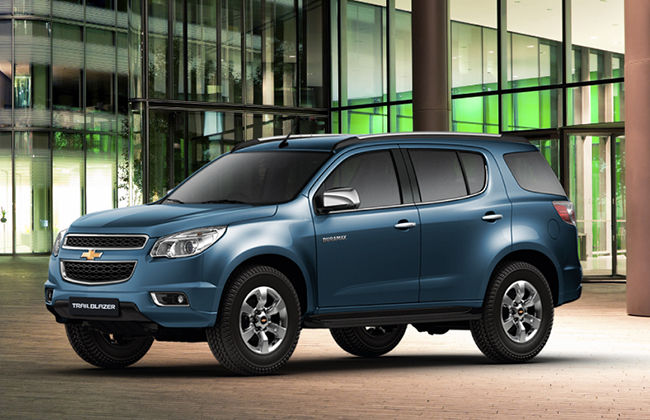 A few day back Chevy guys had a little meeting arranged for the Indian dealers in Bangkok and the same event witnessed the announcement for the Trailblazer and the MPV spin. It was said that these two cars will reach Indian shores by this year end, probably in the festive season or a little later near December.